Who took the Bastille

The Bastille day is still considered to be France's national holiday, although since this event has passed more than two hundred years. But who and what stormed the fortress-prison, which at the time of taking the guards had been twelve times more than the prisoners? 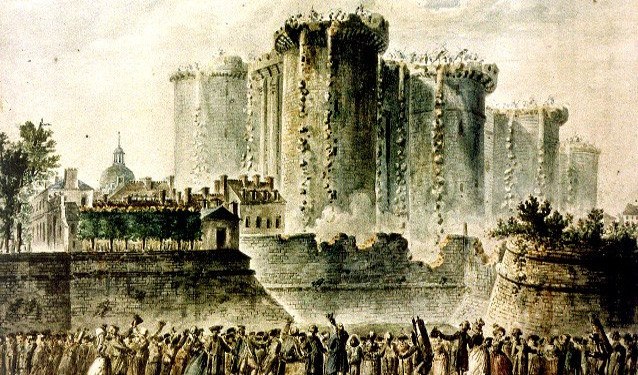 Why was the Bastille stormed?

Built in 1382, the Bastille was originally supposed to serve as a fortress protecting the approaches to Paris, but with extension of city limits, it lost its strategic importance and was used primarily as a prison mainly for people convicted for political reasons. "Guests" of the Bastille was a well-known figures of politics and culture of France, and even a few books. It is noteworthy that the first prisoner of the prison was its architect, whose name was Hugo Ebrio.

The Bastille was to French one of the main symbols of the Royal omnipotence, because more often than not it got not on the court, and thanks to the direct orders of the reigning monarch. Not surprisingly, it is the day when the Bastille was taken, was the day of the beginning of the French revolution.

After the news of the resignation of Jean Necker – officer of high rank, who spoke for the equal authority of the so-called third estate in Paris there were riots. On 12 July 1789, a lawyer and journalist Camille Desmoulins delivered his famous speech in the Palais Royal, in which he called the people to arms. This speech was the main impetus to the siege and the storming of the Bastille.

Once the most famous prison of France was destroyed and in its place installed a sign saying "dance here Now".

The capture of the Royal prison

The next day after the speech Desmoulins aggressive-minded citizens seized the Arsenal, which gave them the opportunity to go to the Bastille armed. July 14, the delegation suggested to the Marquis de Loni, a former prison superintendent to voluntarily leave the building, along with the garrison. The commandant refused, and the townspeople under the command of two officers, called gülen and Ali, started firing at the prison.

One of the keys from the Bastille is still kept at the residence of George Washington. This memento was sent to Washington by the Marquis Lafayette.

De Lap, knew perfectly well that reinforcements can not wait, decided to blow up the castle along with the defenders and the attackers, but two of his subordinates took a torch and demanded to hold a Council of war at which it was decided to take the Bastille.

The drawbridge was lowered, and the Parisians went into the Royal prison. Part of the garrison were hanged, and the commander was beheaded, although the commanders of the assault and tried to prevent atrocities. At the time of capture of the Bastille contained only seven people: four of them were convicted for forgery of money, two mentally ill, and the last served time for murder.
Is the advice useful?
See also
Подписывайтесь на наш канал