Who said "veni vidi vici" and what it means

The phrase "Veni, Vedi, Vici" is known not only to fans of Latin and historians. Scholars know that the phrase "I Came, I saw, I conquered" attributed to the famous Gaius Julius Caesar – military commander, Senator, dictator, and writer, whose ready pen contributed to his political career. 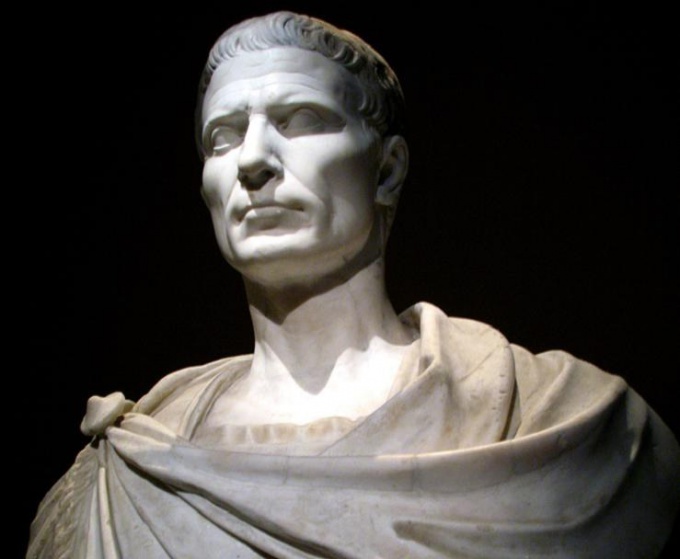 Who "saw and conquered" Caesar

Historians have come to a consensus chased — "Veni, vedi, vici" (sounding in Russian as "Veni, ViDi, Vici" or, in translation, "I Came, I saw, I conquered") refers to the victory of Caesar in the battle of Zele, which occurred in 47 BC To the battle resulted in a chain of historic events that began with the collapse of the first Triumvirate and civil war the Roman power. For power with Caesar, who headed the coalition of "reformers" fought Pompey, the head of the "traditionalists". The result of a number of military actions of Pompey and the forces loyal to him fled to Egypt, where they were followed by Caesar and his army. While the Romans fought among themselves, the Eastern boundaries of Rome were particularly vulnerable, and Pharnaces II, king of Pontus, son of the famous Mithridates VI, saw this as an opportunity to regain land that once belonged to his father.

After defeating the supporters of Pompey, Caesar went back to Rome, on the way accepting the apology and gifts from rulers, to support the "traditionalists". Asked for pardon and farnak. Caesar agreed to "forgive" him, on condition that the king would lead his troops back to the bluff, will release all prisoners of war and, of course, will pay a considerable tribute. Farnak agreed, but hoping that great things will make Caesar will rush straight to Rome, the conditions to perform not in a hurry, and a great leader lost patience.

In may of 47 BC, Pharnaces's army was on a hill near the town green, a few miles from her camped the troops of Caesar. The place was chosen by the king of Pontos is not a coincidence that 20 years ago it was here that his father dealt a crushing blow to the Romans. But this time the luck was on Pontiacs. Although their troops and outnumbered, and taking the initiative from a more advantageous position attacked first, within a few hours, as the army was defeated, and Pharnaces fled.

Caesar claimed that the whole battle of Zele, including fleeing persecution, took no more than 4 hours.

When Caesar uttered the famous phrase

Although the event that caused the birth of the famous expression, was not controversial, the time and circumstances surrounding the utterance are different. The first written source in which the mentioned phrase, are "Comparative biographies". The author, Plutarch, States that he described his victory Caesar in a letter to his friend, Gaius Mathia. Suetonius, in "the history of the 12 Caesars", writes that "I Came, I saw, I conquered" was written on the Board that was in front of the famous commander, returning to Rome, after the Pontic triumph. According to another version, described by Appian of Alexandria, in the essay "Civil war," Caesar sent to the Senate a report of his victory, which contained these words.

Other well-known phrases are Caesar's "the die is cast" and "And you, Brutus".

The catch phrase, more than once beat the famous historical figures and writers. "I came, I saw, I fled" — so has commented upon the defeat of the Duke della Rovere from under Milan in 1526 the historian Francesco Guicciardini. "Came, saw and fled" — wrote the British commemorative medals cast to commemorate the victory over the Spanish great Armada. Jan Sobieski defeating the Turks near Vienna, sent the Pope a letter with the phrase "We came, saw, and God conquered." Joseph Haydn is credited humorous paraphrase of "I Came, I wrote, lived", Victor Hugo said "I Came, I saw, I lived" in a very different, tragic sense, he titled the poem dedicated to early deceased daughter.