How to dance lezginka girls

Lezginka is a national dance styles. The main role in it plays the man. Girl dancing lezginka, complements the dance partner, but it is moving smoothly, unlike the impulsive movements of the men. Learn to dance lezginka girls can courses of folk dances. 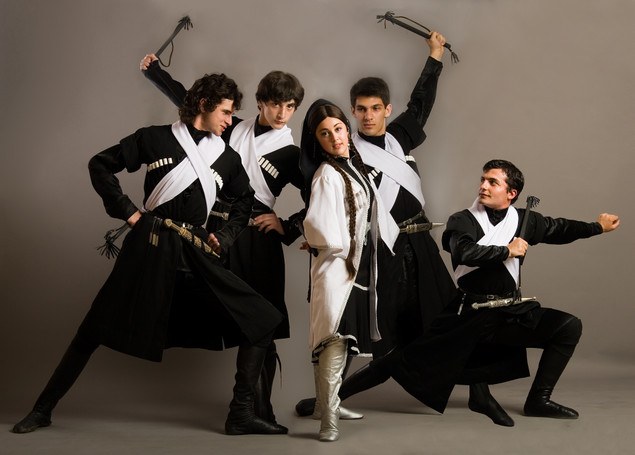 Related articles:
Instruction
1
Lezginka music always performed in 6/8. The dance takes place under a dynamic melody in a fast tempo. Movement girls in the dance though, and smooth, but the same guy, fast and accurate. The rate of movement girls in the dance must follow the male. He is totally dependent on the tempo and rhythm men dancing in a pair with a girl.
2
The girl in the dance shows the beauty, self-grace, performs smooth movements of the hands and feet. She, like a Swan, swims in a circle, it bends gracefully at the back and gracefully curves arms.
3
The girl's eyes lowered to the floor, but occasionally she takes them to the partner, gives him a languid look and immediately looks away. This is a very important element in the mountain dance. After all, it was the essence of the impulsive dance men, showing hot temper and bright feelings for a woman. She, in turn, like a real Oriental girl, could movements of hands, body, eyes only hint at the horseman about his feelings for him.
4
The dance passion dancers catches the eye. But the partner on the traditions in the dance in any case should not touch the body, dress, sleeve men. All movements of the lezginka, which involves a man and a woman are reduced to the following scenario: a man blocks the road to the girl, she seeks, given the sanctity of dance, to get away from him.
5
To study women's movements in the dance can video lessons that are available on the Internet. These lessons demonstrate how the girls in the dance move, as do the axial and lateral moves, turns, connect movements of hands and feet. You can also learn the lezginka dance classes, schools studios have professional choreographers of folk dances.
Note
The lezginka is not just a dance, but one of the symbols of the Caucasus, a ritual. In the dance there are two main image: men's "eagle" and women's "Swan". On stage, the dance is always performed to rousing folk music instrumental ensembles in national costumes of the peoples of the Caucasus, giving the spectacle of this art form.
Is the advice useful?
See also
Подписывайтесь на наш канал