Where to go in St. Petersburg

Saint Petersburg is an amazing city, where tales and legends accompany the person constantly. Every old house is linked to some kind of an amazing story. Interesting places not only in the center. The suburbs that are now included in the city limits no less remarkable. 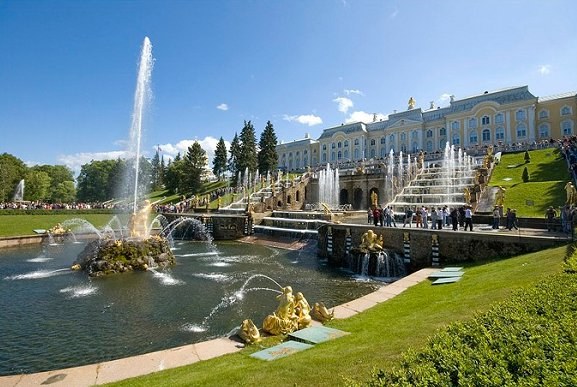 Related articles:
You will need
Instruction
1
To the remotest district of the Northern capital – not more than an hour away by train. With the exception of Kronstadt, where by rail, of course, not to get. To start exploring the suburbs, you can Baltic direction. A train going at Oranienbaum and Kalishche, you will quickly get to Strelna. Right near the station is a magnificent Orlovsky Park with a pond and romantic "Ruins". True copies of famous klodowski horses, once standing in this manor of count Orlov, had disappeared during the great Patriotic war.
2
In Strelna many interesting things. You can visit deserts Sergius is an active monastery, which has restored the old Church and cemetery, it is still in the beginning of the last century was considered the most beautiful in St. Petersburg. For visitors to a Museum of "Palace of Peter the great". You can get in the Konstantinovsky Palace, if you pre-book an excursion in advance or take the ticket to the concert, which take place here quite regularly.
3
On this same train line is the town of Petrodvorets. The station is called "New Peterhof". Basically at this extremely cozy town going to the Lower Park with its famous museums and fountains in Peterhof but a lot more interesting. It located at the entrance to the city Park "Alexandria" with a Gothic Chapel, the Museum and "Cottage". Here you can see the ruins of the Imperial garden and to ride the train around the Park. By the way, if you go from Strelna to Peterhof not by train, and by bus, can visit two interesting estates – Znamenka and Mikhailovka.
4
The next station is where you can go, is called "University". Right next to the platform starts on a beautiful old Park. This former manor sergiyevka, in which there are two gorgeous Palace of Belvedere, and a Private cottage, and a beautiful Church.
5
Finally reaching the station "Oranienbaum I" brings you to the town of Lomonosov. A five minute walk from the train station is a beautiful Park that has several interesting museums. By the way, all the items in oranienbaumsky museums – genuine, these palaces was looted during the war.
6
Oranienbaum is approximately a half hour drive up to one of the suburbs of St. Petersburg – Kronstadt. You need at the bus stop opposite the station, take city bus No. 175. Yakornaya square, Naval Cathedral, local Lore Museum, the Museum of diving, FORTS of "Constantine" and "shants", a Summer garden, Peter's square – the list goes on. Kronstadt is good at any time of the year. In the summer this is the only place in St. Petersburg, where you can swim in the Gulf, because the most popular places of mass rest of citizens are on the outer side of the dam. In the winter you can take a skiing and go to travel around the FORTS, which in summer do not get.
7
From the Finnish station you can travel to the Resort area of St. Petersburg. In the districts of Sestroretsk, Zelenogorsk, Repino, Komarovo, Sunny stroll by the sea and visit interesting places. Here you will feel the unique atmosphere of the old country places. If you are interested in memorable places and historic burial, you can go in Levashovo or in bulk.
8
With Vitebsk station trains depart in one remote district of St. Petersburg – Pushkin. You can wander through the famous Park with its beautiful Palace, to visit Tsarskoe Selo Lyceum and Catherine Palace. You need the train going in Novolisino, Oredezh, or Pavlovsk. Stations where you need to go, called "Detskoye Selo" and "Pavlovsk". In these areas North of the capital and can be reached by bus from the metro station "Moskovskaya" or from station "Kupchino".
Is the advice useful?
See also
Подписывайтесь на наш канал