Postpartum bandage helps a woman restore the form. It tightens the skin, the muscles, allows the suture remaining after a cesarean section, to knit together correctly. 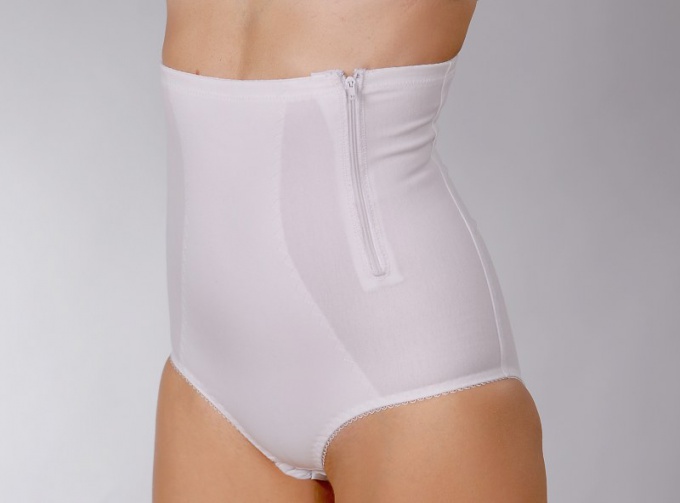 Postpartum bandage - what are they

Postnatal bandages are of two types - bandage-belt and brace pants. First choice women who have had a caesarean section. He's more firmly supports the abdominal muscles, which were dissected during surgery. Also, this brace is convenient because it is easy to install and remove, does not prevent to go to the toilet. While panties with a tight inserts are removed quite tight that can cause pain in the postoperative period. That is why it is better to choose those who gave birth the natural way. In addition, the panties better support the uterus, allowing it to quickly shrink and recover.

Postpartum bandage not only helps to restore muscle tone, but also reduces the stretching of the skin, helping to decrease stretch marks. The bandage is particularly effective paired with a cream for stretch marks.

Choose the brace you need for the size of underwear, adding one. Bandage belt usually marked not only the usual symbols "S", "M" or "L" but the size in inches. And to pick the right one, will have to measure the volume of the stomach three inches below the navel.

Bondage - what you need to know about using

The main mistake that women, when wearing a bandage - do it sitting or standing. But that he took the correct position on the body to wear it lying down.

The second mistake was too tight bandage. It should not push the body, otherwise it may disrupt the blood circulation that in the postnatal period is dangerous. To check whether wearing a brace, you can, putting his index finger on top. If he is all right. If you insert it between the brace and the body does not work - relax clasp or head brace one size bigger.

Except for the bandage - there panties bondage pants. But to wear it after birth is not recommended, as it greatly hampers air flow to the sexual organs, which can cause diaper rash and inflammation.

The brace on the next day after birth. How to wear it - should consult a doctor. After cesarean section, usually wear the brace longer than after a normal delivery. But it all depends on the condition of the woman and how her weakened abdominal muscles and pelvic muscles.

Wear the brace you need at least four hours a day. At night be sure to remove. It is also better to use a bandage in the first months after birth, during exercise and long walk to keep the muscles and the uterus.
Is the advice useful?
See also
Подписывайтесь на наш канал