What is a common offer

How to distinguish a common offer from the uncommon? Sooner or later the student on the lesson of the Russian language will face this problem. The task is not that difficult! Let us consider some examples of common and uncommon offers. 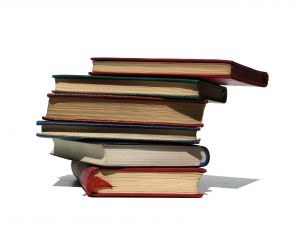 Related articles:
If, in addition to grammar basics (subject and predicate), there are also secondary members (addition, determining fact), then such offer will be called common. Consider the examples. "It is raining" - an uncommon offer. "It rained today" (a common circumstance), "it Is raining" (extended definition), "Rain on glass" (extended addition) - common sentences.But do not forget that the grammatical basis of a proposal may be not only simple (subject + predicate), but one-piece, when in the presence of only the subject or only the verb. Such suggestions can still be spread. For Example: "Winter!" - uncommon one sentence. But "Early morning!" - this is a common offer, because here the subject is provided with a definition. Or, for example: "it's getting late!" - uncommon offer. However: "the Smell of autumn!" - this is a common sentence, when the verb has a complement.Incomplete sentences, subject or verb missing, but easily recovers logically, can also be common and uncommon. "I love raspberries, and Masha - BlackBerry" - here the sentence, "And Masha - BlackBerry" would be incomplete offerm, but common. Because "BlackBerry" is a complement. Do not confuse the concept of "rare offer" with the concept "simple offer". A simple sentence may contain no more than one grammatical framework, regardless of the presence of minor members. A simple sentence is contrasted to the complex sentence in which such a framework will be few and they will be separated by a comma.We wish you success in your Russian lessons! Now you are unlikely to confuse common and uncommon offers.
Is the advice useful?
See also
Присоединяйтесь к нам
New advices