ODA is a particular poetic genreis extremely popular in different historical periods. Is a solemn, even a pathetic poem praising someone or inspiring feat. 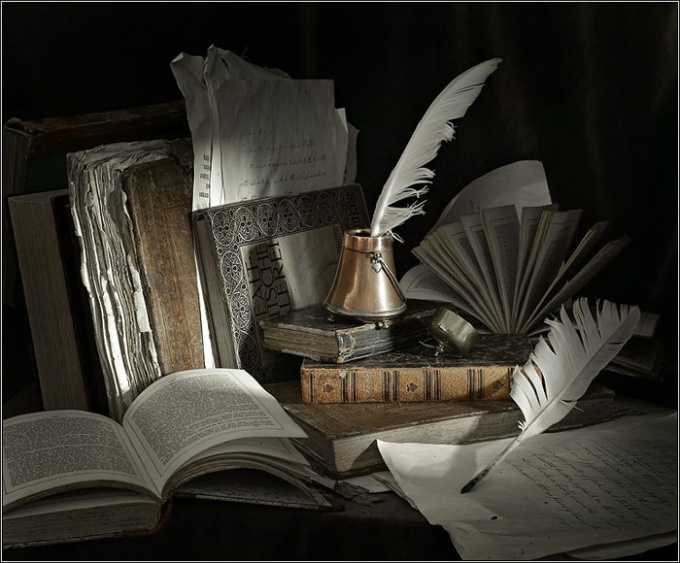 Related articles:
Instruction
1
Ode as a separate genre appeared BC and initially was a lyrical poem which was suggested choral performance. The theme was different. So, the ancient Greek poet Pindar (circa 520-442 BC) in his solemn odes sang of kings and aristocrats, who believed the poet was awarded with the favor of the gods. The concept of methodological work in those days consisted of hymns, praises, songs of praise in honor of the gods, Olympic winners etc. a Brilliant compiler of od were considered Horace:

Who of the gods I returned
Someone first trips
And strife the horror I shared,
When the phantom of liberty
Us Brutus desperate?
2
Further development of the odes were suspended and in the beginning of our era it is as a genre did not develop. And even in the middle ages this type of poetry in European literature didn't exist.
3
"Rose" ode as a solemn poem in Europe during the Renaissance. It became especially popular during the European classicism (16th-17th centuries). Writing od has devoted a significant part of his work the founder of French classicism Francois Malherbe (1555-1628). The poet praised the absolutist government of France. On one of the stages of creativity development odic genre engaged Jean Baptiste Rousseau.

After Malerba and Russo prominent representatives of the genre of the ode in France Lebrun, Letran de Pompignan and Lamotte.
4
It is believed that in Russian literature classic ode brought Antiochus Cantemir. Other literary critics called Gabriel Derzhavin. But both of these agree that the term "ode" was introduced not by them but by Trediakovskii Basil, his "solemn Ode on the surrender of the city of Gdansk" is an example of a classic ode in Russian poetry.

Like the ancient Greeks, ode to Russia was meant to praise anyone. Usually it tells about a famous and great people. Since ODA was the highest genre of literature, praise and extol workers or peasants, was not adopted. Emperors, Empress, their favorites, dignitaries – that they were dedicated to odes.
5
Despite the large contribution of Kantemir, Derzhavin, Trediakovsky, and in the development of odic genre, the true founder of the Russian ode, according to most literary critics, is Mikhail Lomonosov. He adopted the ode as a major lyric genre of the feudal-aristocratic literature of the 18th century and outlined its main purpose is service and all sorts of exalted feudal nobility of the monarchy in the person of its leaders and heroes:

Silent, heartfelt sounds
And shake prestante light;
Here in the world to expand science
Pleased Elisavet.
You, arrogant vortices do not go for it
To roar, but humbly disclose
Beautiful our times.
In silence hearken, universe:
Behold it will come after Lira admiringly
Read big names.
6
Russian poetry is peculiar not only solemn, so-called pintoresca ode (on behalf of the Greek poet Pindar), but love – anacreontic, moralizing – graciansky and spiritual – arrangement of the Psalms.
Famous writers of odes in Russian literature was Gabriel Derzhavin, Vasily Petrov, Alexander Sumarokov and others.
7
The end of the 18th century marked the beginning of the fall of European classicism and as a result, the underflow of odes. She gave way to fresh for that period of time poetic genres – ballads and elegies.
8
Since the late 20-ies of the 19th century ode almost disappeared from European poetry (and Russian including). Attempts to revive her were doing the symbolists, but their odes were, rather, the character of a good styling, nothing more.
9
Ode – is not so common in poetry, as, for example, in the 17th and 18th centuries, But modern poets often turn to this genre to glorify the heroes, victory, or to Express enthusiasm for any event. The main criterion is not the form but the sincerity with which written work.
Is the advice useful?
Подписывайтесь на наш канал