How to determine age

Probably, everyone knows that the age in which we live – the twenty-first. But sometimes you have to correctly name the age long past, or, conversely, not come. Such a need may arise in the preparation of the report on the history, or perhaps writing a fantastic story. How to determine age? 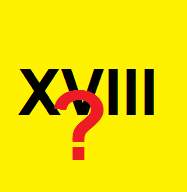 The first is to mark the century adopted Roman numerals, but not all know how to read them correctly. To deal with Roman numerals will follow the sign matching the signs in the Roman notation of the number of Arab cmfrom:

I - 1
2
Further all is simple: add up all the tens (X) and five (V), we add unity, located at the end record the number, subtract the ones located elsewhere.

XVII – dozen one, one five and two ones at the end of the record, i.e. 10 + 5 + 1 + 1 = 17 – marking the seventeenth century.
3
The second point that must be remembered when determining century that the Arab record numbers the last two digits of the year number and the previous number of the century, the century number is one more meaning of the number.

1932 – century significance of the numbers 19, therefore, the twentieth century;

345 room (ages 3, therefore, the fourth century.
Useful advice
And remember, the abbreviation "ad" after the numbers stands for the century of our era, and "BC" refers to the centuries BC.
Is the advice useful?
Подписывайтесь на наш канал