How to get ex husband to pay child support

The number of persons, particularly ex-husbands who, for one reason or another refuse to pay child support, is constantly increasing. Typically, the argument is one – no money. Undoubtedly, the situation when ex-husbands do not pay alimony, citing a difficult financial situation, are a pretty widespread phenomenon, but the fact of the lack of money can only affect the amount of alimony, but not for their payment. If the former spouse does not pay alimony, it is necessary to enforce it. 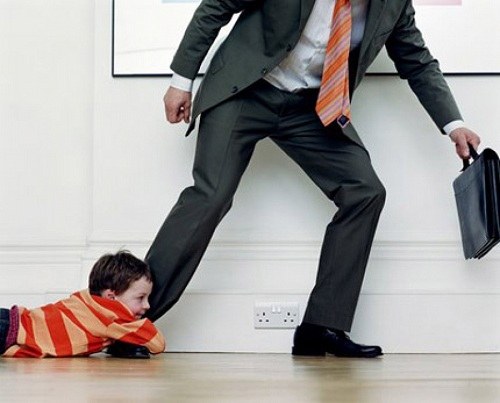 Related articles:
Instruction
1
To force a negligent husband to pay child support can only be in two ways. The first method is the personal impact on the spouse. Often this option is, of course, inefficient, and not afraid of even the threat of prosecution, but in General a certain psychological impact to provide you can.
2
The most effective way to resolve the issue is to appeal with a claim for establishing the amount of child support and enforcement of their payment to the court. Considering such issues are dealt with by the magistrate. If the former spouse has a permanent job, after the court decides the writ will be sent in its place, and the employer will remit set by the court a percentage of wages at the expense of the former wife or the latter directly to obtain the set amount at the place of work spouse.
3
It's more complicated when the ex-husband has no permanent sources of income. The court in any case would force him to pay child support, but it will not be a certain percentage of income and a fixed amount. How the spouse will hunt for money - it is his problem. In case of nonpayment of the alimony writ of execution will be forwarded for compulsory execution to the court bailiffs, who will initiate enforcement proceedings and to recover the amount of alimony from a former spouse by force.
4
If wife no income, the bailiffs may arrest his property, subsequently, to implement it and thus repay the debt. In case of prolonged non-performance of duties on payment of the alimony court enforcement officers are entitled to bring against the former husband's criminal case. If the first time husband can get off with minor punishment when the criminal case he can get a real time. Serving his sentence and earning some money at the expense of the income of the spouse will repay the debt. Criminal punishment does not exempt the latter from payment of the alimony.
5
It is worth noting that the last time it was the effect of bailiffs who are endowed with vast powers, has a positive effect on addressing the issue of child support.
Is the advice useful?
See also
Подписывайтесь на наш канал