How to charge your battery without the phone

Very convenient to have two of the same battery for your phone. Until one of them charged, others you can use, and then swap them, and so on. But this requires a device that allows you to charge without the phone. 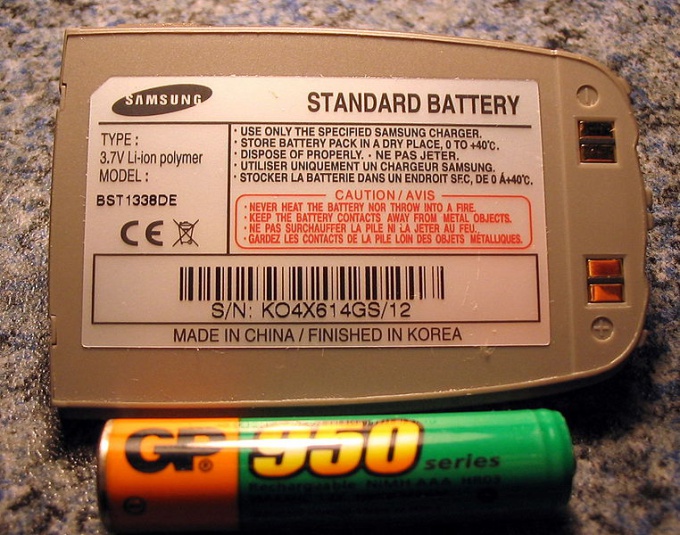 Related articles:
Instruction
1
In any case, do not use for charging phones IED. The only exceptions are very old vehicles, which use Nickel-metal hydride battery. Lithium in such batteries not included neither in the metallic nor in the associated form.
2
Buy a special device designed for charging batteries outside of the phone. It is equipped with the clamping device, which, in turn, has two movable electrode. Each of the electrodes has two flat springs which can be connected to the battery terminals regardless of where they are located - on the end or face.
3
Simultaneously with the purchase of universal chargers show the seller your phone and ask him to pick up the camera a second battery similar to the one it already has.
4
Insert the battery off the charger. Push it to the contacts designated as "-" and "+" spring-loaded electrodes. If the markings on the contacts is not, press the electrodes to the extreme terminals, ignoring the in between. The led should go on. If this happens, change the position of buttons. If thus to make the LEDs failed prepromote other combinations of pairs of contacts and switch positions with detent.
5
Having the LEDs, make note of the used configuration. Then turn on the unit along with the battery, trying not to move her. Will blink the second led. Continue charging until until it stops flashing. Then disconnect the device from the mains and remove the battery.
6
On the phone, close all running applications. Turn off the power. If connected to a regular charger, disconnect it. Remove the phone cover and remove the battery. Instead, install a different, charged. Close the lid and turn on the machine. If necessary, reinstall the testimony of its system clock. If you want, enable it to eliminate the need in this operation, the function of the NITZ. The extracted battery charge as described above. Further, charge and use them in turn.
Note
Do not short-circuit batteries. Worn out batteries do not dispose of, and deal in special points of reception.
Is the advice useful?
See also
Подписывайтесь на наш канал