How to build lower chest muscle

Wide embossed chest as developed shoulder girdle — the sign of a real man. The pectoralis consists of three bundles: the upper, or clavicular, middle, also called the sternum, and lower abdominal. Novice athletes often experience difficulty in the elaboration of the lower part of the chest. 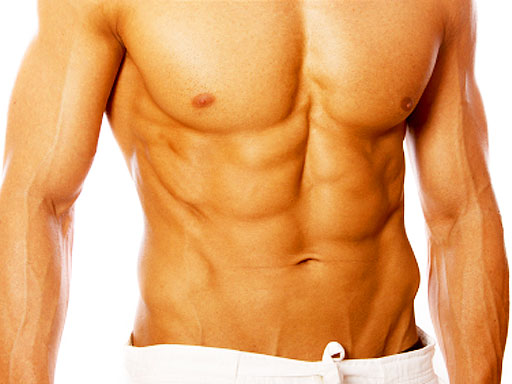 Related articles:
Instruction
1
The bench press is one of the basic exercises which helps to develop all three parts of the pectoral muscles. Please note: the bar need to keep a wide grip, placing hands shoulder-width apart, or you will provide the main load on the top of your chest. To perform the exercise better with the help of an assistant. Sports lie on the bench so that the head, shoulders and buttocks firmly pressed against her, and the back has kept the natural curve in the lumbar region. Stable position of the foot on both sides of the bench. Take the neck wide grip at the top and squeeze the bar. Do not lock your elbows, leaving them slightly bent. In the initial position, the rod must be opposite the middle of the chest. Breathing in, lower it to the lower part of the chest and immediately squeeze up and slightly diagonally so to return to the starting position.
2
To increase the mass of pectoral muscle and allow you exercise with dumbbells. One of the basic dumbbell bench press lying. In addition, this exercise allows you to separate the right and left halves of the chest to form a beautiful relief. The starting position repeats the starting point of the previous exercise. Don't forget to watch that your back is maintained the correct curvature, but the feet were widely rastavleny and confidently rested on the floor. Take the dumbbells grip the top and raise your hands above him, placing them at chest level. Vultures dumbbell should be perpendicular to the bench and almost to touch. On the inhale bend the elbows, spreading them apart, and arms down to the sides of the torso. When the dumbbells will be at the level of the chest, again, squeeze them up in a wide arc, trying to stretch the lower part of the pectoral muscle. Return to starting position.
3
Helps to give volume to the lower part of the chest muscles and dumbbell bench press on a bench with a slope down. The back of the bench lower down about 30-45 degrees. Lie on your back, foot position on the supporting rollers. Starting position: head, shoulders, buttocks pressed against the bench, hands holding dumbbells grip top raised up and fully extended. On the inhale, lower the dumbbells to the outer edges of the chest, trying to stretch the muscles. Elbows dissolve in the parties. Without a pause, again squeeze the dumbbells up. Exhale make only overcome the most difficult part of the climb.
Is the advice useful?
Присоединяйтесь к нам
New advices