How to use a rosary

No one knows exactly by whom and on what occasion was invented the very first rosary, which appeared in the II Millennium BC in India. In many religions they are used to count the number of read prayers and made bows. Central Asian shamans, for example, actually in their rituals used diamonds and beads, by which they wondered about the future and death. Use this religious attribute you need all the rules and with all seriousness. 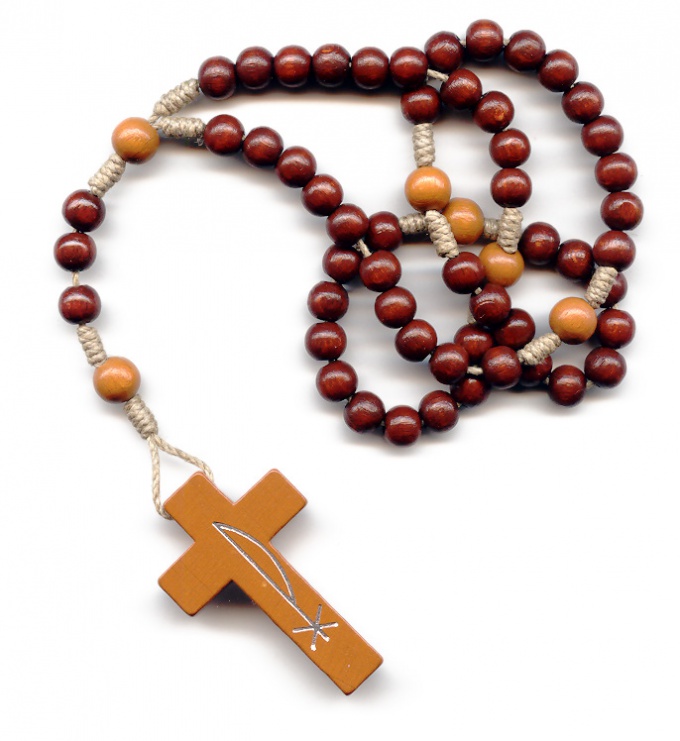 Related articles:
Instruction
1
Prayer beads of different religions looks very similar. This tape or cord on which are strung the beads of grain are separated from each other by knots. The rosary is always closed in a ring is a symbol of magic, accumulating power and symbolizing the crown of faith.
2
The number of beads varies in different religions. The Buddhist rosary consists of 108 grains, extra, the biggest bead is called "Meru". Catholic rosary-the rosary consists of 50 or 64 beads injustices – from 108, 54, or 50 beads, Muslim Tasbih – 99, 33 or 11 beads, Orthodox – of the 33 beads.
3
At the end of the rosary can be different things: in the Orthodox Church – the cross and the tassel, in Catholicism, the cross, in Buddhism, two tassels and beads in Hinduism – two of the same brushes, in Islam – a small stone and brush.
4
In Hinduism, prayer beads are used to reading mantras. To count beads, you need to first clockwise. Read the mantra 108 times, you will once again be on the main busine, which count in the opposite direction.
5
Keep a rosary in his left hand, middle finger, moving them with his thumb, connecting the ring finger, little finger and middle together – this symbolizes the overcoming of the material world and the transition to the spiritual world.
6
Initially, try the index finger not to touch the beads – it symbolizes selfishness, from where you should get rid of. Over time, the index finger will help to move the beads.
7
Peaceful small read, by placing the arm at heart level. The mantra of power and wealth recite at the level of the navel.
8
Working with a Christian beads, repeat one busine one prayer, until the end of the cycle a given number of prayers, prostrations and overlay the sign of the cross. When you are finished, hang the beads to the icons, if prayed at home, or put in your pocket if you've read the prayer in the temple.
9
In Japan shuffling beads with different fingers is used to impact on different areas of the body: the thumb and index ease the headache, large and medium – relieve anger and depression, a large and ring – increases resistance to pressure fluctuations. If you crush the beads whole hand, normalizes the work of all organs of the body.
10
In Islam 11 beads of the rosary there is a prayer that consists of just 11 parts. On the bridge after the eleventh beads there is a change of prayer posture.
Note
Keep the beads clean, periodically rinse them in running water. Don't give personal rosary with others who do not use them as the scores and don't pick at them in vain.
Useful advice
Shuffling beads of different materials (sandalwood, cypress, copper, amber, rhinestone, juniper) helps to treat diseases of the joints, calms the nervous system, positively affects the brain.
Is the advice useful?
See also
Присоединяйтесь к нам
New advices