How to learn how to twist beads

Long rosary used believers during worship: with their help it was possible to count the number of spoken prayers. Now, however, the rosary is also a stylish attribute, and a kind of simulator to relieve stress. Beads made from various materials and twist them to try to learn. 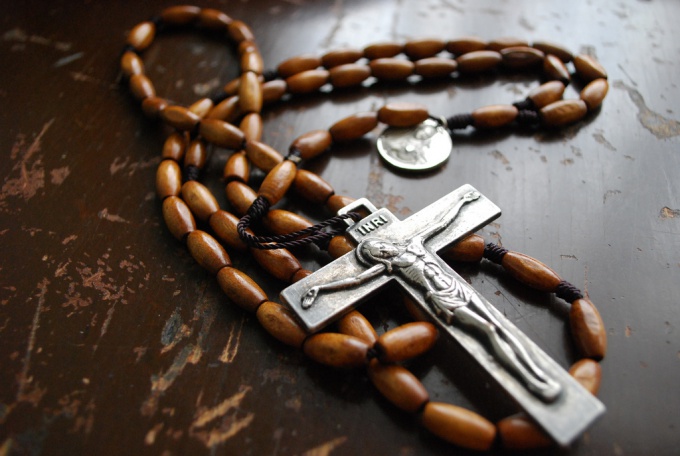 Related articles:
You will need
Instruction
1
Pick beads of any material. Gently squeeze them so that they were fixed between the index and middle fingers of the right or left hand (depending on which is more comfortable for you). The lower end of the rosary throw so that he was at the top.
2
The end you're threw, get your thumb and forefinger. Then again wave the end of the rosary. Should get a full rotation around the toes. Make it so that the beads were constantly twisting in the same direction. During the contact, the ends of your beads should POWERCIAT. This is the easiest way to turn the rosary.
3
To learn how to spin the beads a more complicated method, try to practice making them a reciprocating motion. Own average Paley use as the axis, around which will revolve the product. Put it on this finger, the lower end of its throw from the index finger.
4
When switching the end of the rosary, let them relate to the top of the product, it needs to fit between the fingers middle and ring. Further, the upper end of the rosary rid of the space between the index and middle fingers. Throw this part down, so that she touched to the opposite end of the rosary. If you'll practice and learn to do it confidently, in the process throwing beads to appear rhythmic double-tapping during each flip.
5
Another method of scrolling a rosary called the "snake". This is the most complex technique of this operation. So you have train hard enough. You have to scroll through the beads so that they passed around index, middle and ring fingers. Ideally, twist beads need very quickly, then you will hear loud clicks, and your skills will be out of competition.
Is the advice useful?
See also
Присоединяйтесь к нам
New advices