How to calculate the length of the vector

Vector — cut, which is not only the length but also the direction. Vectors play an important role in mathematics, but especially in physics, because physics is very often deals with quantities that can be conveniently represented in the form of vectors. Therefore, in mathematical and physical calculations, you may need to calculate the length of the vector specified by coordinates. 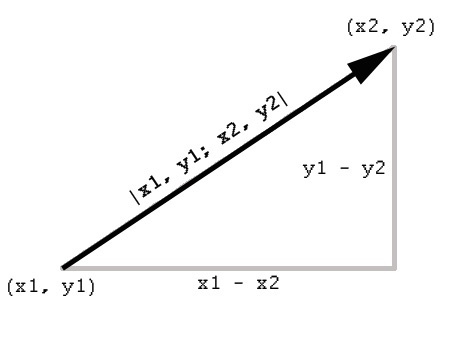 Related articles:
Instruction
1
In any coordinate system the vector is determined through two points — the beginning and the end. For example, in Cartesian coordinates on the plane vector is denoted as (x1, y1; x2, y2). In space, respectively, each point will have three coordinates, and the vector will appear in the form (x1, y1, z1; x2, y2, z2). Of course, the vector can be identified for a four-dimensional, and for any other space. It will be much harder to imagine, but from the point of view of mathematics all calculations associated with it, will remain the same.
2
The length of the vector is also called its module. If A is a vector, then |A| is its modulus. For example, any real number can be represented as a one-dimensional vector with the beginning at point zero. For example, the number -2 is the vector (0; -2). The module of this vector is equal to the square root of a square the coordinates of its end, that is √((-2)^2) = 2.

In fact, you calculate the modulus by the formula of Pythagoras the hypotenuse of a right triangle. Coordinate the segments, giving the vector playing the role of the legs, and the vector is the hypotenuse, the square of which is known, is equal to the sum of their squares.
4
When the start vector is not in the reference point coordinate calculation module becomes slightly more time consuming. Square will have to build not the coordinates of the end of the vector, and the difference between the end coordinate and the corresponding coordinate of the beginning. It is easy to notice that if the start coordinate is equal to zero, then the formula becomes previous. You just use here the theorem of Pythagoras — the difference between the coordinates be the lengths of the legs.