How to pump the Jack

Today it is impossible to imagine handling, installation or repairs without the use of jacks, special tools for lifting of heavy loads. The most efficient hydraulic jacks in which the pressure force is created by the piston and hydraulic oil. 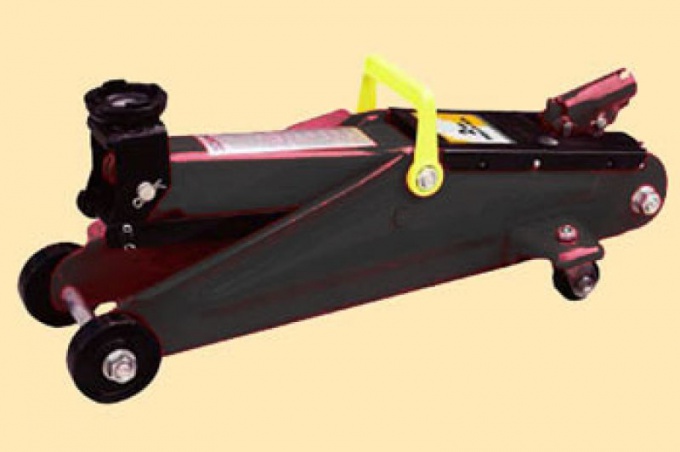 Related articles:
Instruction
1
Undoubted advantages of hydraulic jacks is the rigidity of their design, big carrying capacity, smooth operation and overall high efficiency. However, as any suitable mechanism, a Jack can fail for a variety of reasons. Thus, in the process of long-term operation in the working chamber of the hydraulic Jack may be air bubbles, which greatly reduces its effectiveness.
2
As a rule, the reason for this may be air trapped in the hydraulic system due to the lack of oil. Here is how, for example, you can resolve this problem podkatom the Jack.
3
Open first the bypass valve and tube oil reservoir, and then quickly several times to bleed the pump of the Jack. Thus, air from the working chamber will be pushed into the oil container. Then you can close the bypass valve and the hole of the oil reservoir. If everything was made correctly, the air will be removed and the Jack will once again be working normally.
If the attempt is unsuccessful, all the above actions should be repeated. However, this is not the only way to remove air from the working chamber.
4
To determine the presence of air in the working cavity is easy: the Jack is either not working, or slowly realizes the cargo lift. First, Unscrew one and a half or two turns of locking the needle, whereupon the hand screw and raise the plunger to the extreme upper point and release it to he was again in the lower position.
5
Repeat this operation two or three times. In the future, so this problem does not occur, periodically check the oil level in the Jack and, in the case of a shortage, add it. Another cause of failure of the Jack may be dirt trapped in the working chamber. To remove it, Unscrew the casing head, pour into the base of the kerosene and pump the Jack when twisted shut-off needle. Upon completion of the operation kerosene should be removed and poured into the working cavity clean oil.
Is the advice useful?
See also
Подписывайтесь на наш канал