How to sync carburetors

Non-synchronous operation of two or four carburetors primarily leads to increasing vibrations when the engine is running. Out of sync carbs is due to the unevenly accumulated dirt in the fuel system, wear of mechanical parts and actuators. The instructions of the manufacturers is recommended to verify the synchronization of the carburetors every 6,000 km. 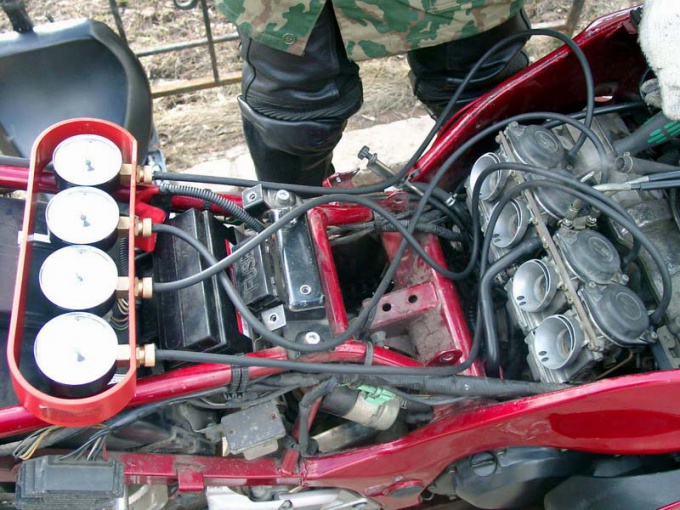