What does the expression "dogs bark the caravan moves on"

In the Russian language there are many expressions that are infrequently used and are perceived as popular wisdom, but it cause a lot of issues when trying to parse the phrase in parts. One of these obscure sayings is "the dog barks – the caravan goes", because it is unclear what is the relationship between domestic dogs and traders traveling on pack animals. 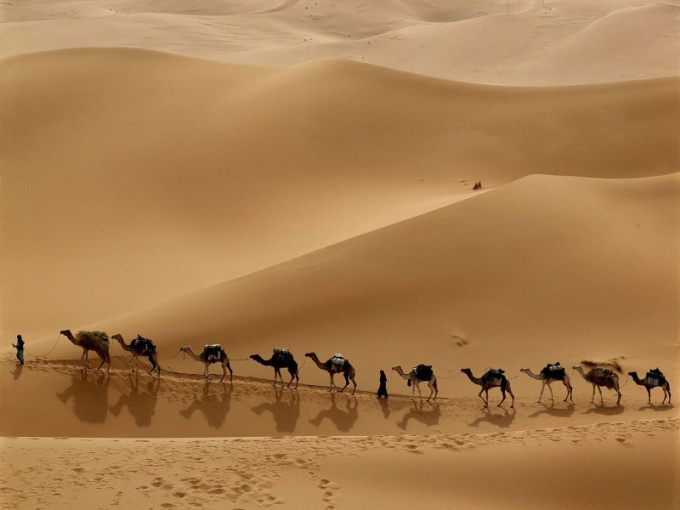 The appearance of the proverb "the dog barks, but the caravan moves on"

The Russian language has many Proverbs and sayings about dogs, and the most common ones that point to the two qualities of this pet. First, they are faithful and loyal to his master, and secondly, often they bark unnecessarily. One of the sayings that sounds "the dog barks – the wind carries", and it is likely that she was reunited with East sayings about the caravan.

In Asia the caravan symbolizes order, stability, perpetual motion. Do not think that on the territory of Russia knew that such a caravan. Interestingly, the coat of arms of Chelyabinsk depicts a camel, but he was never an animal, originally inhabiting the Urals. Just through these lands passed the once Great silk road.

There is another interesting saying: "When the caravan will turn back, lame camel would be first." The meaning of it is: it all depends on which way you look at the situation.

The value of the proverb "the dogs bark, but the caravan moves on"

Like many folk sayings, this saying has several meanings. Important, by the way, is the punctuation in this sentence: it is necessary to replace the comma on the dash, and the expression takes on a slightly different connotation. First, this phrase about the caravan is used in order to emphasize the importance of some trials and minor in others. After all, how much would a dog or was filled, the caravan will continue its way to the target, i.e. on the scale of the great tasks of small "fuss" is not able to exert any action. Here we can recall the elephant and Pug from the fable by Ivan Krylov. In addition, this saying emphasizes the need to go for their goals despite the views of others, it is important to do your job, no matter what anyone said.

A similar value has the French proverb, "the lion anyway, what do you think about it sheep."

And finally, another meaning of the proverb "the dogs bark but the caravan goes on" has a less negative color. As trade in the old days was a risky business, in support of the caravan were selected a particularly large and menacing growling dogs. Their sound, spread around and scare away wild animals and evil people, because at the volume it was possible to judge how large a group of merchants, and therefore security. That is, as long as the dogs bark, the caravan can safely go.
Is the advice useful?
Присоединяйтесь к нам
New advices