How to choose a barometer

Because mercury barometers, with which he made his experiments, Torricelli, at home no one uses, they were replaced by the so-called barometers-aneroid. But sometimes, after a call to the weather station, it appears that their evidence are very different from the reference. Therefore, when choosing a barometer we need to consider its reliability, the adjustment parameters and build quality. 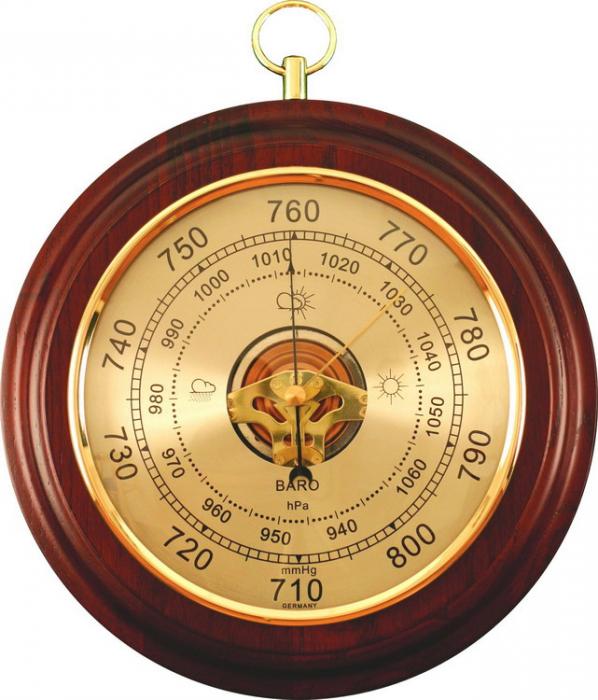 Related articles:
You will need
Instruction
1
When choosing a barometer-aneroid the first thing to note on the adjustment screw, which is often located on the back cover of the device. If he is not on the same axis with the center of the hole under it, you can ensure that the metal box pumped out the air, which is a pressure sensor, skewed, and barometer readings will be distorted. This can lead to leakage of the aneroid, which fully displays the barometer down.
2
Turn the barometer scale to yourself. In its center, as a rule, see the Trident mechanism. When the readings of 750 mm Hg. article teeth that conventional Trident should be parallel to each other. In this case, you can say that arrow is installed correctly and is not lost concerning the mechanism of the barometer.
3
Inspect the scale of the barometer. All axis mechanisms, as well as a thermometer, if it is in the barometer, which happens very often, must be on the same line. This will mean that the scale of the barometer does not rotate relative to the housing.
4
To solve the last two problems, remove the glass of the barometer and turn the scale of the instrument to his testimony coincided with the reference barometer. Thereafter the aneroid will work fine. If the barometer for some reason lost, readjust it with a special screw with a screwdriver.
5
But in the case when the mechanism is twisted, carefully disassemble the barometer, and set the mechanism in proper position through adjustment of the special levers, which are located inside the mechanism after releasing the fastening of the aneroid. You need to be very careful not to damage the delicate mechanism or the integrity of the aneroid (metal corrugated carton with pumped air). In this case, the barometer can only be thrown away.
Is the advice useful?
See also
Подписывайтесь на наш канал