How to play the Komus

Comus, or Jew's harp is a musical instrument of the peoples of the Altai mountains. Resonant body – the tongue is fixed in a special frame, the shape of which may vary. The sound of Comus low, raspy, reminds shtro-bas is extracted using false vocal cords. 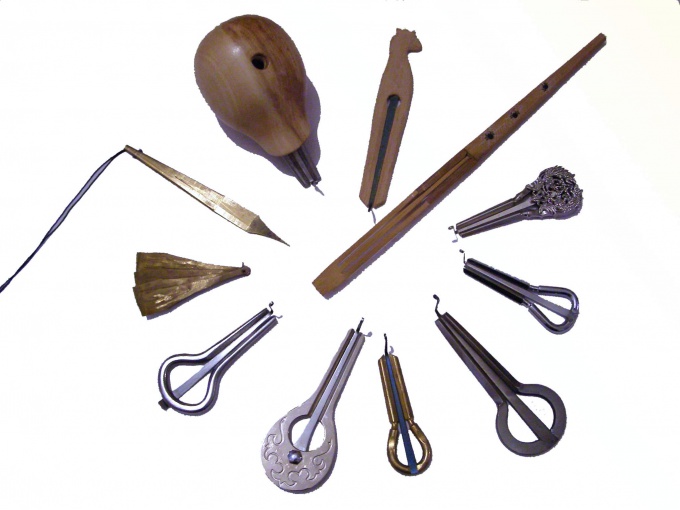 Related articles:
Instruction
1
Learn the basics of the game to Comus for a few minutes. Press the base to the teeth. Between the upper and lower jaw should be a gap, which will be the tongue of a Jew's harp. Pull the tongue forward towards the lips or a little further, and release.
2
At the very first attempt you might be affected by the language; in addition, at first, will hurt the teeth. After a while painful sensations should pass.
In addition, some of the performers on the harp press is not based on the teeth and between the lips. Jaw in this position, still leave open, so as not to disturb vibration of the reed.
3
Change the position of the tongue, retract the cheeks, giving the mouth a different shape. Add your own voice (sing to the tune or pull one sound) and breathing and add a throaty sound from the false vocal cords.
4
And there is the technique of playing on Jew's harps without hands. In such cases, the tongue is set in motion not with your fingers and tongue. To master this technique go only when fully master the technique of playing hands.
To play the Jew's harp language, not your hands, use a tool with a soft tongue. The Comus pinch between the teeth. At first, possible small injuries because of the impact of the tongue on jaw, tongue and the inner surface of the oral cavity.
Is the advice useful?
See also
Присоединяйтесь к нам
New advices