How to treat endometrial polyp

Polyp of the endometrium is an intense proliferation of cells of the uterine mucosa, which leads to the formation of malignant or benign tumors. Polyps manifest themselves by bleeding, pain in lower abdomen, infertility, a failed IVF (in vitro fertilization), as a rule, they are formed by groups. The diagnosis is established by surveys in the hospital and requires mandatory treatment. 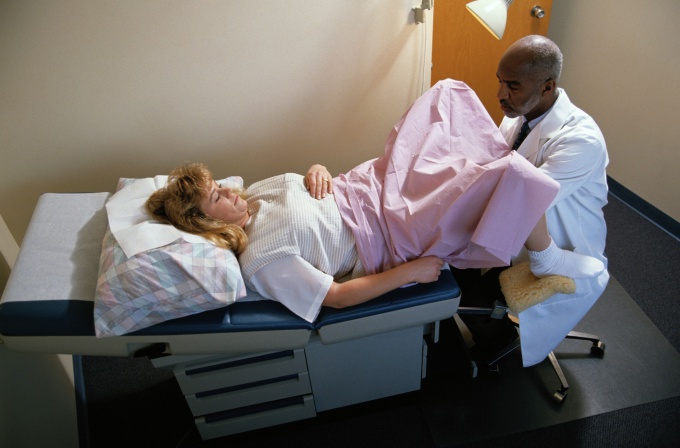 Related articles:
Instruction
1
To treat endometrial polyp in a variety of ways. As a rule, this diagnosis is due to violations of hormonal and surgical interventions, carried abortion.
2
Prescribe antibiotic and anti-inflammatory treatment within 7-10 days, usually this is enough. Women who are in reproductive age, doctors prescribe hormonal contraceptives the course of 2-3 months. Pregnancy should be scheduled as soon after the abolition of all drugs.
3
The most common treatment is surgical. After hysteroscopy polyp removed in a hospital. The whole procedure takes little time, is usually performed with a sharp curette (a scalpel with a sharp tip, as the blade), which "blindly" vystavlyaetsya the entire cavity of the uterus. The curette at the same time hold freely, capturing her hands as a ball point pen. The tool is introduced into the uterus through the inner throat and pull out again, do that a few times. Have captured the mucosa from the bottom of the uterus, its anterior and posterior walls.
4
At the same time if you want to remove the endometrial polyp and the polyp of the cervical canal of the cervix, it is necessary to carry out the operation in two stages. First vystavlyaetsya curette the mucous membrane of the cervix without entering the internal fauces, and then the uterus.
5
Surgery is performed under local anesthesia, under the supervision of hysteroscopy. The instrument is introduced into the uterine cavity and examined the localization of polyps. If tumors are not discovered, the scraping of the mucosa and sent to study in the laboratory. This is done in order to determine the malignant or benign was a polyp. In the case of confirmation of the diagnosis the patient is assigned an additional course of anti-inflammatory therapy.
6
Sometimes the polyps are very large and then resort to the help of a special instrument, hegar's dilator, with which the doctors dilate the cervical canal up to the desired volume. Further, in the uterine cavity, the surgeon-gynecologist inserts a special forceps and use them to twist the foot of the polyp, she falls off the body of the polyp. After that, attaching the legs prizhivaetsya special structures to prevent a recurrence.
7
Endometrial polyp is prone to relapse, it can be diagnosed after some time in one and the same patient. But in any case the polyp should be treated, as it provokes the development of many dangerous for female diseases such as uterine cancer, cervical cancer, fibroids, leading to infertility and obstruction of the fallopian tubes.
Useful advice
It should be remembered that the endometrial polyp in the early stages of the disease are asymptomatic, it is therefore necessary to visit a gynecologist at least 2-3 times a year.
Is the advice useful?
Присоединяйтесь к нам
New advices