How to make wormwood

Wormwood, native to Russia, is of two types: wormwood (Artemisia absinthium and Artemisia vulgaris. Both of these species have medicinal value. In folk medicine, infusion of wormwood is used for gastritis, gastric ulcer and duodenal ulcer, enterocolitis, diseases of liver and kidneys, anemia, ascariasis, insomnia, rheumatism, anemia and many other diseases. In the form of compresses and lotions wormwood used in diseases of the joints, eyes, bruises, and as an ointment to treat wounds, ulcers, frostbite, burns, fistulas. How to get and take an infusion of wormwood? 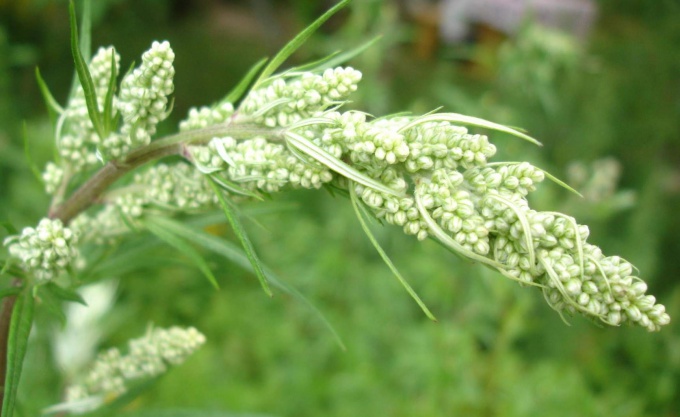 Related articles:
Instruction
1
Take 10 grams of dried sage (2 tablespoons) pour 200 ml of boiled water. Then heat the mixture in an enamel pot on a boiling water bath with the lid closed течение15 minutes. Then let the decoction to brew for half an hour, then strain. The remaining raw materials press, amount received infusions bring boiled water to 200 ml. to Drink it you need one tablespoon 3-4 times a day for 20-30 minutes before meals.
2
You can quickly and easily get the "sagebrush mouthwatering collection" for digestion. To do this, mix 4 parts by weight of the herb wormwood and 1 weight part yarrow herb. Two teaspoons of this mixture, collecting pour 0.5 liters of boiling water. Then let it brew and drink 1/4 Cup 3 times a day half an hour before meals.
3
Wormwood helps in the fight against the well-known and, unfortunately, common disease - alcoholism. To do this, mix 1 weight part herb wormwood and 4 weight parts grass creeping thyme. 15 g of this mixture pour 200 ml of boiled water, boil for 10 minutes. After that, let it brew and strain. The remaining raw materials press, amount of broth bring boiled water to 200 ml. Let's sick on 1/5—1/4 Cup 3 times a day for a month, then after 1-1,5 month break, the course repeat.
4
You can also do a tincture of wormwood. It is known that it helps with gastritis flowing with reduced acidity. To do this, dry grass, finely chop and add to 70% alcohol in a ratio to the extractor 1:5. After that, let stand for 21 days in a dark and cool place. Then carefully strain. To make this tincture you need 20 grams once a day.
Note
Remember that prolonged use of wormwood can cause poisoning, in severe cases may be accompanied by hallucinations and convulsions. So between courses of reception of wormwood should take breaks up to 2 months. Especially not to abuse wormwood for anemia.
Useful advice
The juice of wormwood is effective to excite the appetite and increase activity of the digestive tract. It regulates the work of the pancreas and stomach, normalizes acidity, increases bile secretion, relieves bloating and catarrhal phenomena in the stomach, inflammation in the region of the caecum, eliminates spasm of the colon. Artemisia vulgaris also useful, though to a lesser degree. Water infusions and decoctions increase appetite, have a calming, anticonvulsant, protivosudorojnam, hemostatic, antipyretic and tonic effect.
Is the advice useful?
See also
Подписывайтесь на наш канал