How to fillet catfish

Com – strange fish which has a pretty awesome view. The body of this fish can be up to five meters, and weighs three hundred pounds, most surprising, a huge head with a long mustache. In the food recommended to eat meat of young animals, weighing up to twenty kilograms, because the meat of larger soms has an unpleasant taste and smell Tina. Have to soma thanks to the simple rules and make it a wonderful dish for the holiday dinner. 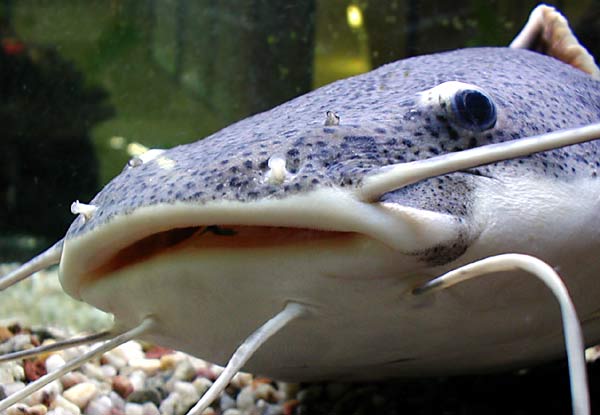 Related articles:
You will need
Instruction
1
The main advantage of this fish lack scales and bones between muscles. It needs only a little scrape with a knife to get rid of mucus and slime.
2
Have soma thick enough skin, if desired, can be removed by cutting the fish. To do this, incise the skin around the head of the catfish and lowering the fingers in salt or hand towel for the fish to slip your fingers, remove the skin stocking to the tail.
3
Then take a sharp knife and separate the head in the place where there are the pectoral fins.
4
Then vsporite belly to the anus and carefully remove the insides. It is important to ensure that was not damaged gallbladder, which is a transparent bag with a bright yellow-green liquid, located at the base of the liver. Otherwise, such a delicacy, as the liver of the catfish will be bitterness, and it will be impossible to eat.
5
Thoroughly rinse the fish and get rid of the films formed on the inner walls of the belly. Make cuts on both sides along the fins and remove them with your fingers or pliers. It remains only to cut the fish into pieces and cook the desired dish.
6
It is possible to separate the fillet from the ridge, to do this take a sharp knife and cut carefully, starting from the head to the tail along the spine on either side. Remove the fillet.
Note
Cut fish should be thoroughly washed under running water, being careful not to bend and not wrinkle, as it may lose a significant portion of tissue juice and after cooking it will be dry and tasteless.
Useful advice
The spine and head will be used for the preparation of aromatic and nourishing soup, do not forget to remove the gills. The smell of slime on the meat of large soms can be removed, it is enough to water the fish dry white wine or lemon juice and after 20 minutes rinse. You can remove the smell of Tina, if you soak the meat in milk catfish.
Is the advice useful?
See also
Присоединяйтесь к нам
New advices