How to cut octopus

In large supermarkets you can find products that can not be called usual. But try them anyway I want, how I want new adventures, bright events and new flavors. And then sneak up questions: how it to prepare? Which side to approach? Including to the octopus. 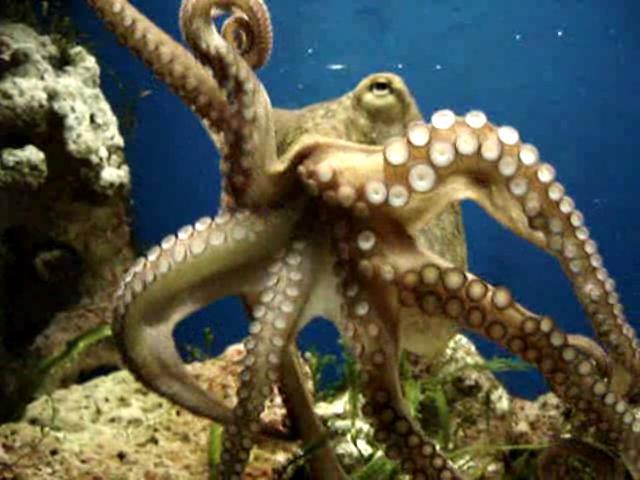 Related articles:
You will need
Instruction
1
For starters, get familiar with the theoretical part: the octopus is a cephalopod mollusc, eaten it in many cultures. The Japanese, for example, sushi with raw octopus. The body of the octopus has no bones, it is composed entirely of muscles. Muscles have a complex multi-layered structure; the heat treatment occurs the folding of protein, meat can become tough.
2
Take the octopus; choose better young, weighing up to 1 kg. the Flesh must be firm, the skin shiny and brown, and the white part of the eyes should be large and transparent. The smell of the octopus is similar to regular fish, not very distinct.
3
Wash the octopus in cold tap water, touching each of the tentacles and removing the dirt with a chance of slime and other "surprises". Then you need to gut it cut part of the head above the eyes of the octopus. Invert the body and remove the entrails, eyes and the ink sack. Then remove the beak: you have to squeeze the top part of the body between the tentacles and cut the body. The skin from the tentacles can pull off a boiled octopus-like grip.
4
To the meat of the octopus is soft, there is a choice of two methods for the preparation of octopus.The first method is freezing. The water contained in the tissues will turn into ice and will destroy the natural intramuscular. Soak the octopus in the freezer at least 24 hours, and then leave to thaw on the top shelf in the fridge. Similarly, you can do this with purchased frozen octopus.The second method is suitable when there is no time to freeze. This is known as "scare the octopus". Prepare two pans: first, pour the ice water, and the second fill with water and boil it. Take the octopus head and lower it alternately first in a pot of boiling water, then in cold water. Five or six times will be enough. As a result of sudden changes in temperature of the connective tissue will be partially destroyed. Then dip the octopus in boiling water and doverite until tender.
Note
Octopus weighing about 1 kg should be cooked for an average of 40 minutes. If weight gain of 1 kg need to increase the cooking time another 15 minutes.
Useful advice
In the water you can put spices, garlic and a bit of dry wine in order to fight off the fishy smell. If there is at hand a cork from the wine, it is also possible to throw in the broth. It well draws odors.
Is the advice useful?
See also
Присоединяйтесь к нам
New advices