How to pump weights

Many people have a home Arsenal of kettlebells. But how to start classes in the future to get in good physical shape, not everyone knows. For this you can follow the approximate scheme of exercises with kettlebells. Performing them regularly and conscientiously, you'll be stronger, fitter and more attractive. 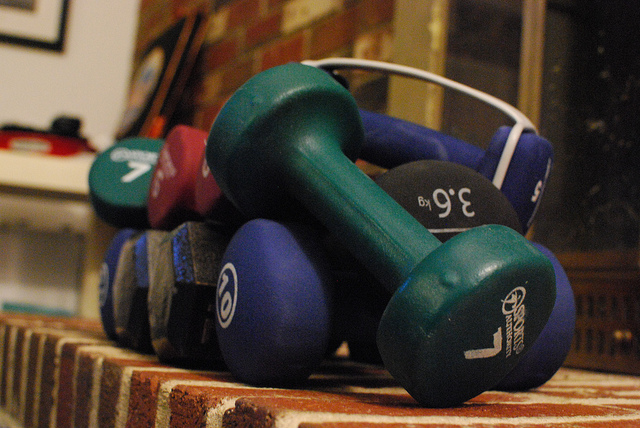 Related articles:
You will need
Instruction
1
On the first day of their training start UPS in the shoulders: it lay on the floor between the feet, two weights, rotten back, bend over, grab the weights, lift one to shoulder and hold another in his hand. Do alternating presses, changing hands. Eight times for three sets.
2
Second exercise: lean, complete alternate traction weights to the belt. 8 times with each arm for three sets.
3
The third exercise: complete each hand five times alternately squeezing up from the shoulder. Do three sets.
4
The second day. Take a dumbbell in your right hand, raise it over your head, straighten. Run smooth squat, gradually sitting up and lying down on his back. Then repeat in reverse order. Let's change the hand. And so five times with each hand. Exercise repeat three times.
5
Follow Hiking with two weights for half an hour.
6
The third day. Follow alternate wyzima from the shoulders eight times with each hand (three approaches).
7
Take the emphasis lying, lean on the handles of the kettlebells, make alternately pull the weight to the belt eight times. Make three times.
8
Follow the swinging of weights. To do this, put between the feet on the floor two weights, lean forward, knees bend, rotten back, raise your head, do a little swing back, then vibrates and return movement bring the kettlebell forward and up to chest level. Return to the starting position. This exercise, run ten times for three sets.
9
That class brought the greatest benefit, it is necessary to adhere to the following tips. To perform exercises with weights every day you should not. To avoid overload, the first day run on Monday, second Wednesday, third Friday. Combine classes with weights and with other classes: power, pulling and so on.
Is the advice useful?
See also
Подписывайтесь на наш канал