How to rank chess

Chess is a game, which has a history of tens of centuries. And all the time it has not lost its significance for modern society. Chess is a fusion of science, art and sport. Many, in turn, attracts just a sports component chess. To sport category at the chess prestigious, because chess has long been recognized by the society of intelligent and logical people. 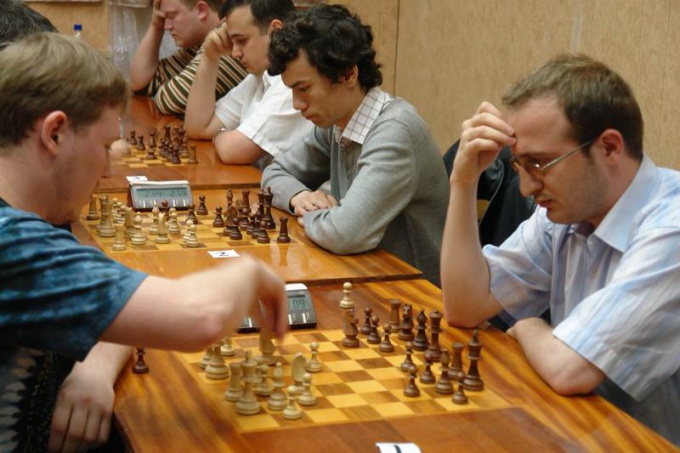 Related articles:
You will need
Instruction
1
Sports classification in chess is a model of strict hierarchy. It can be represented as a chain: international grandmaster, international master, master of sports of the Russian Federation, candidate of master of sports, winner of the categorya (highest categoryof om is I, the lowest - III).
2
To receive the sports categoryand in chess, you must meet certain standards. The third category can be received by passing "chess exam" to your coach in the chess club. Usually, this exam consists of solution of simple problems (receipt of material or mate in two or three moves). You must also be able to give a checkmate with a Queen, rook, knight and Bishop, two bishops. Possible theoretical questions for the endgame (after parties) and implementation of margin in it.
3
To obtain the dischargeand above the third, it is necessary to participate and achieve in them a certain result. While a victory (the podium) in the city tournament II is assigned to the category, and for the victory in the competitions of the regional (territorial) level I. To participate in tournaments need to constantly keep your chess skills at a high level (to work with the chess literature, to train online with online opponents). But keep in mind the specific character of chess tournaments.
4
In the tournament you want to record a game of chess in a brief chess notation, so you have to learn to do it very quickly, and that the recording doesn't interfere with the game to bring the process to automatism. Time control - another feature of chess tournaments. You must learn to think quickly (online games with reduced time control and blitz tournaments are to help you with this), but in the tournament it is important to check each move several times - it depends on the fate of the party, and your dischargeas well.
Useful advice
Before the tournament you need to take care of his physical shape, doing Jogging or other active sports. Chess tournament usually last very long, so the lack of physical preparation Rob you of the chance to discharge.
Is the advice useful?
See also
Присоединяйтесь к нам
New advices