How to organize your party

Democracy allows any citizen to freely Express their will and participate in government available and legitimate means. This methods applies enshrined in law the right of every eligible citizen over 18 years old to create their own political parties. 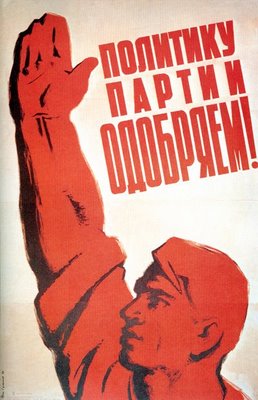 Related articles:
Instruction
1
First of all, a bit of theory. A political party is created freely, it does not need the permission of state authorities and officials. Any of the all-Russian public movement or organization can be transformed into a political party, the Congress movement or organization. At this Congress should be adopted the Charter and program, as well as the governing bodies of the party.
2
Since the establishment, the party can carry out advocacy.
Note, the data on the new party must be brought in the uniform state register of legal entities.
3
So, create the organizing Committee of the future party, in its composition should be no less than 10 people. Then will notify in writing the Federal body of Executive power of intention to create a political party, putting her in advance of your expected name.
4
Channel in said body information about the members of the organizational Committee (surname, name and patronymic, date of birth, nationality and contact numbers). Attach the minutes of the meeting of the organizing Committee indicating the purpose of the Committee, term of appointment (not more than one year), location, order of use of funds and other property information about that member of the Committee, which is authorized to open a Bank account for the formation of funds of the organizational Committee and to conclude civil contracts to ensure the activities of the Committee. Data on authorized person must be complete: name, surname, patronymic, date of birth, place of residence, citizenship and passport data.
5
Thereafter, Federal on the day of receipt of these documents gives the authorized person the document confirming his authority. Then the organizing Committee of the party within one month from the date of issue of the above document needs to be published in a nationwide periodical information about the intention to create a political party.
6
Spend constituent Congress of the party, after which the organizing Committee shall cease its activity, and collected funds (the budget of the party form of donations of citizens) and other property transferred by political parties. Information about the founding Congress, publish in "Rossiyskaya Gazeta" not later than a month before the date of the convening of the Congress. In turn named newspaper gratuitously publishes data on place and date of the Congress of the political party within two weeks from submission to publishing the information.
7
The founding Congress shall be considered eligible only if it was attended by delegates representing more than half of subjects of the Russian Federation and residing mainly in these regions. Each specified subject of the Russian Federation shall be submitted not less than three delegates.
8
After Congress and decision to establish a political party, you must publish in "Rossiyskaya Gazeta" main provisions of the program of a political party.
Note
Members of a political party may be legally capable citizens of the Russian Federation older than 18 years. Admission to the party is carried out on the basis of personal written applications of Russian citizens.
Useful advice
Political party and its regional branches operate on the basis of the Charter of the political party.
Is the advice useful?
See also
Подписывайтесь на наш канал