How to learn to swim quickly

It turns out, to swim quickly seeking not only to athletes. Among the mortals there are many wanting to establish their own, albeit small beach the record, reaching for a couple of minutes on the opposite shore. 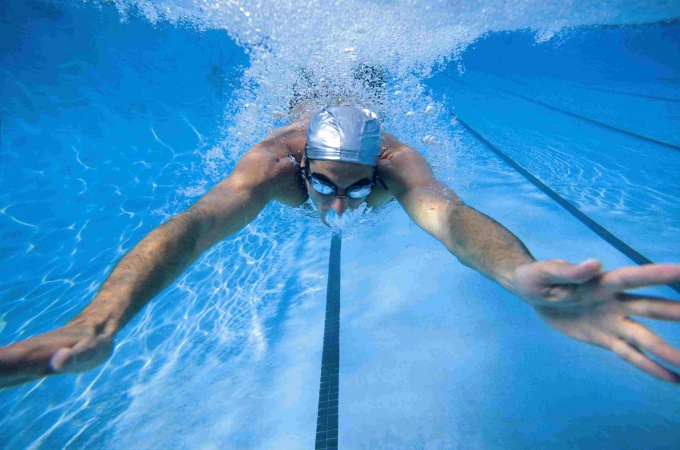 Related articles:
Instruction
1
The basis of speed endurance lies worked out a rational move. To swim fast, one must have a high buoyancy, which is characterized by the horizontal position of the body and accelerated implementation of the relevant hand movements in a certain rhythm. In other words, I want to swim quickly – hone your skills, in which there are two main points – the movement of his hand, outstretched followed by the jerk. When these movements are consistent with each other, speed through the water increases significantly.
2
It is quite natural that for developing these elements will require training in the pool at least twice a week, and preferably under the guidance of a professional trainer. The training cycle consists of several stages.
3
First, you need to warm up the muscles, breaking the four hundred meters at intervals of 20 seconds. It can take up to 15% of the time throughout the workout. After that, begin to rehearse and repulsion (from 10 to 20% of the time). Ongoing training series heats 6х200 with the rest in half a minute and 12х100 intermittently for 15 seconds. It can take up to 70% of the training time. At the end are exercise to cool the muscles.
4
If you don't have a great desire to master all the subtleties of this sport, it is enough to develop lightweight methods of navigation, combined into several groups. The focus here is on working out the movements of the legs used in various swimming styles – freestyle, breaststroke, Dolphin and the side.
Note
How quickly you learn to swim? To learn how to swim not too late at any age. However, the sooner we learn this, the better. Child learn to swim easier as it does not know the fear of water, and it's harder for adults, although in this case it all depends on how people tune in.
Useful advice
How to learn to swim quickly. Learn to swim at any age. However the sooner you master this skill, the better it will be for you. Child is much easier to tread water than an adult – he has no fear. An adult has to do is to set a clear goal.
Is the advice useful?
See also
Присоединяйтесь к нам
New advices