How to sew shoes

Such trouble as breakage of favorite shoes, is not uncommon. Well if there is a Shoe shop, where the cobbler will undertake to revive the shoes. And if that isn't available or you are in a hurry, try to sew shoes for themselves. 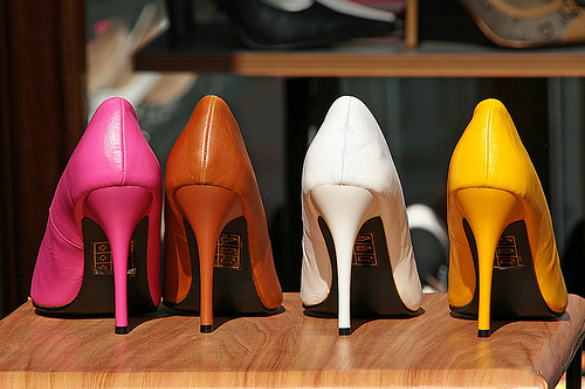 Related articles:
Instruction
1
What to do if separated top seam of the Shoe? Take a special hook. Enter it from the outside. If necessary, okropnie hole with your awl. With your index finger of the left hand put the thread on the hook inside. Pull out with a hook one end of the thread. Then insert the hook into the second hole. Start the thread in the hook and bring it in the form of a loop out. Enter into the loop end of the outer threads and tighten the first stitch. Continue stitching this way until the end.
2
Repaired with a polyurethane sole, coming on the top edge as follows. Clean the place for the bonding of dirt. Degrease with gasoline. Then apply a layer of glue 88H on the sole and leather upper in place of the bonding. Soak for 10-15 minutes. Press the sole to the top. In place of gluing a sole sew stitch, pre-grated shoemaker's pitch to the top. Sew with a Shoe of the hook and sewing. Make the seam at a distance of 5 mm from the upper edge of the sole.
3
If drifted leather sole, to fix her, sew her leather soles. The order of operation is as follows: prepare the leather outsole. First, soak it, and then Podwale and emboss. To do this, lay it on a metal plate flesh side up. Heavy hammer emboss outsole. To kick start from middle and move along the diverging spiral to the edges. The result of this treatment, the soles will be thinner, but will be worn for much longer.
4
Place embossed soles on the sole and temporarily secure it to the Shoe with two nails. Trim the edge, leaving a seam allowance of 1 mm for subsequent finishing. Slot in the sole of a shallow groove. Now sew the soles with Grammy, grated shoemaker's pitch.
5
Pre-make a hole with your awl so that the awl was part of the initial hole in the edge and out in the groove. After finishing sewing, slot promazhte glue, soak 15 minutes and hammer the seam so that it was closed. Cut away edge of the candle closest to the heel. Fasten two rows of cloves. In conclusion, the edges of the soles are cut, scrape rasp and paint.
Is the advice useful?
See also
Подписывайтесь на наш канал