How to freeze corn

Corn, frozen at the peak of its maturity, does not lose any of the flavor or the fine flavoring qualities. The efforts spent for its freeze, pay off handsomely. Pay attention to the variety of corn that you were going to freeze. Ideal diabetes subtypes. 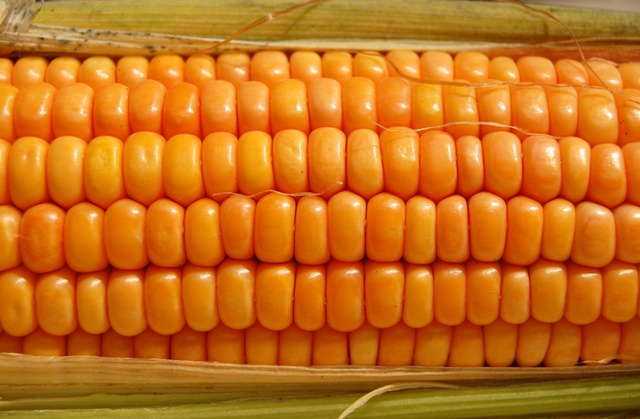 Related articles:
You will need
Instruction
1
Clean corn on the cob from the husk, starting from the end where the brush. Remove all fibers.
2
Put the cobs in a large pot, cover with water, put on fire and bring to a boil. Cook for no more than five minutes.
3
While the corn is boiling, prepare a large and broad bowl with cold water and ice.
4
Drain hot water and immerse the corn cobs in a container with ice. It is important that the process of cooking the corn was instantly stopped. This method is called blanching. Thanks to him and the corn will remain without wrinkles, and the next step is husking the beans will be much easier.
5
Will velosite grain from the cob into a large bowl.
6
Prepare the bags for freezing and a large spoon or a special spatula. Fill one bag, and remember how many spoons or spatulas you need.
7
Place the bag flat on the work surface and slowly and carefully flatten it with your hand. So will the extra air, grain will freeze faster and occupy less space. Close the bag and store in the freezer.
8
Place the remaining corn in bags and put in the freezer in a single layer. When all the corn completely freeze, you can fold the packages one by one.
9
If you have little time, and you can freeze corn without blanching. She will lose a little in flavor, but is quite edible. Clean the cobs and freeze them whole. After freezing, remove them and velosite grain. Place them in the bag and again put in the refrigerator.
10
You can freeze blindirovannye corn right on the cob, but it will take much more space in the freezer. Frozen on the cob corn can be quickly reheated in the microwave, wrapped in damp paper towels.
Useful advice
Frozen corn can be stored in the freezer up to a year.
Is the advice useful?
See also
Подписывайтесь на наш канал