How to catch shrimp

Shrimp meat is rich in iodine, calcium, potassium, zinc, iron, vitamins. In addition, it diet meat is an excellent source of protein and contains almost no fat. But it should be noted that most of the nutrients found in fresh shrimp, fresh from the sea. And the surest way to get a quality product to catch the shrimp yourself. Ways to catch shrimp, there are several. 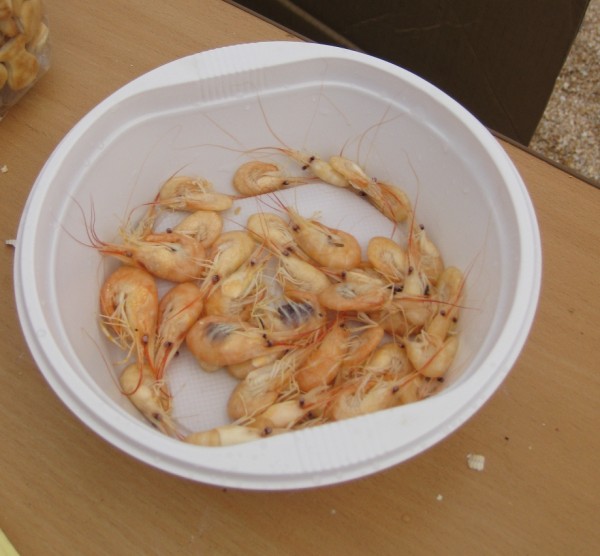 Related articles:
You will need
Instruction
1
Take a net for catching shrimp. It needs to be fairly large diameter (but not more than 0.7 m) and with long lasting handle. The rim of the net, attach a fishing net. The smaller the cell size, the more shrimp are caught in the net. A net you need to drive near covered with slime of the stones, along the walls of the pier or the ship. For illumination, use a flashlight.
2
Use the trawl. This device is a metal semi-circle or rectangle, to which is attached a three - or four-metre long bag of fine-meshed network. To the metal base of the trawl attached 4 long ropes, over which the trawl reaches the bottom. Trawl fishing conducted on the desolate coast, in the coastal area, heavily overgrown with algae. Go into the water waist-deep, walk along the shore and pull the trawl along on the bottom.
3
Find Zatoka — something like a small lake connected with the sea by a narrow Strait. Install the trawl in the Strait against the current. Typically, this method allows to catch a lot of shrimp for a short period of time, especially in the evening hours. The trawl is necessary to periodically reset depending on the change of tide.
Note
Shrimp fishing is prohibited during spawning and during the period from 1 June to 31 August. In some places shrimp is prohibited to fish with trawl.
Useful advice
It is best to catch shrimp at night or late in the evening. Take a bright flashlight and point it into the water. Shrimp, and other marine life in the dark heading for the light source.
Is the advice useful?
See also
Подписывайтесь на наш канал