How to throw the bait

Fishing, being bright and interesting hobby that attracts more and more people. Novice anglers are faced with the necessity of development of many useful skills. And one of the first, of course, is the ability to throw the bait. 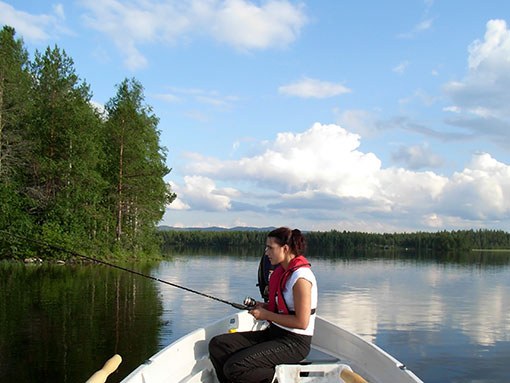 Related articles:
You will need
Instruction
1
Cast a line with inertia reel and one-piece, composite or telescopic rod, the "pendulum method". Rewind the fishing line so that it was slightly longer than the rod. In one hand hold the rod and the other end of the fishing line with a hook. Tilt the rod at an angle of 45-60° in the direction of casting. Release the line and at the same time gradually raise and then lower the rod end. Through such movement, you can throw the bait far enough.
2
Cast a line with a long rod and retractable through the head. This method will allow you to send the bait a little further than the "pendulum method", but the overall length of casting shall not exceed the sum of the lengths of the rod and the fishing line. Before you throw a rod through the head, make sure you back far enough away no one. Take the rod with one or two hands. Smooth movement of the shoulder pull it back slightly so that the end of the fishing line with the hook was behind you at a distance of 1-2 m. Quickly and smoothly flutter your rod in the direction of the cast (it should be in almost horizontal position).
3
Far to throw the bait with inertia reel, the rod which is equipped with throughput rings, "method loops". Before you throw wind from the spool of fishing line so that it exceeded the length of the rod 2-3 times. Consistently hook the line with your finger between each of the adjacent pairs of crossing the rings and pull her to the hilt. Cast the line through the head as it was described in the second step. However, it is necessary to reset all the loops of the fishing line with the finger around the time when rod will be in a vertical position.
4
Casting rods or spinning rod with a spinning coil is made the same way. First pull the part of the fishing line and press it with your thumb to the body of the rod. Fold the handle of the coil. Cast your fishing rod or spinning through the head, slightly lifting his thumb to release the fishing line at the top of the casting. After the bait hits the water, raise the bail and a little podocyte line.
Is the advice useful?
Присоединяйтесь к нам
New advices