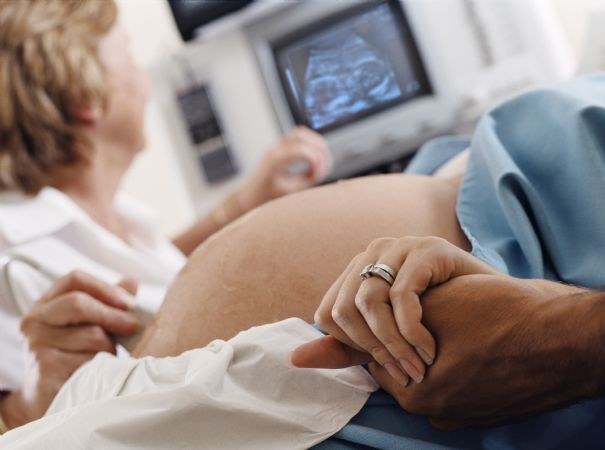 Ultrasound is performed with a special apparatus, through the use of ultrasonic waves and with a special program on the screen you can see a black and white image of the fetus. According to most scientists, these waves do not render harmful influence on organism of pregnant woman and the baby in her womb. However, the thermal effect of ultrasound on the fetus can come to disturb him, but ultrasound is also a potentially dangerous procedure.

Despite the assurances of the majority of scholars about the absence of harm to the ultrasound for a pregnant woman and her fetus, controversy in science continue due to the lack of reliable research. Experiments conducted on animals have shown that constant exposure to ultrasound affects the growth and development of the embryo as a whole, but during the use of this diagnostic method in modern medicine, there has been no confirmation of the pernicious influence of ultrasound on the human body.

We can say with confidence that the us brings great benefits for pregnancy. It allows you to identify early abnormalities of pregnancy, to exclude life-threatening and fetal development complications.

Ultrasound of the first trimester (10-14 weeks) identify possible malformations, determines the number of fetuses, clarifies the stages of pregnancy, the second ultrasound (20-24 weeks) studies the condition of amniotic fluid, the developing organs of the fetus, is established the sex of the baby at the last scan (32-34 weeks)estimated weight and the degree of development of the baby, condition of the placenta determines fetal presentation.

Modern doctors speak about ultrasound, as one of the safest methods of research, but to abuse this procedure still not worth it, to pass it should be only if necessary and upon the recommendation of the obstetrician-gynecologist.