What time do ultrasound

In each trimester of pregnancy the expectant mother is prescribed ultrasound. Some women refuse to study, fearing the negative impact of radiation. But it is the only way to see how a child's development and identify disease at early stages. 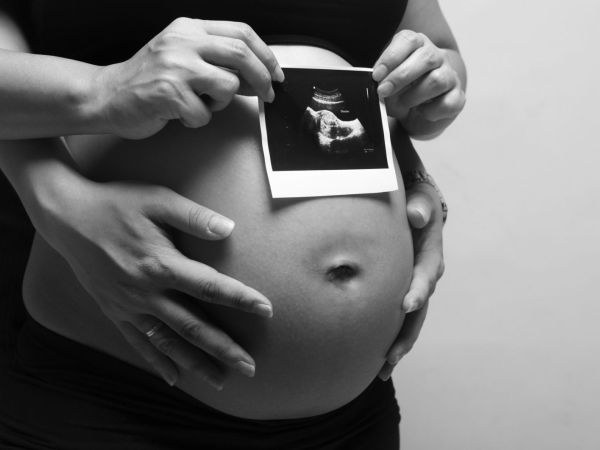 Related articles:
Ultrasound examination is based on the principle of passing sound waves through the water. The soft tissue of the baby, amniotic fluid and shell in varying degrees, absorb and reflect sound. The camera captures all the data, and the doctor decodes.

If the pregnancy is progressing well, without any complications, the woman is assigned to one ultrasound in each trimester. Some expectant mothers alone do an ultrasound before the first visit of female consultation, to confirm the presence of pregnancy.

In the first trimester ultrasound is assigned in the interval between the 10th and 14th week of pregnancy. It is carried out to determine the exact gestational age, status and place of attachment of the fetus. The doctor makes the necessary measurements and compares them with the standards.

The first ultrasound is called "Screening". During it measure the nuchal translucency thickness for the exclusion of fetal down syndrome, and look properly formed organs of the child.

Experienced the doctor is on such a small deadline can determine the sex of the baby, but this information is not 100% accurate.

The second ultrasound will be held from the 20th to 24th week of pregnancy. Its goal is to assess the condition and size of the baby and amniotic fluid.

This time, measure the length and weight of the fetus, look at the amount of amniotic fluid, the presence of suspended matter in them. Testing for genetic diseases. The doctor compares the obtained results with the data of the first ultrasound and assess the development of pregnancy.

Some parents in the second trimester do 3D ultrasound. It allows you to see the child as it is to consider the features of the face, to observe his pastime. Mini-movie recorded on the disk, which will remain in the memory.

Third ultrasound performed between 32nd to 34th week of pregnancy. The main purpose of this ultrasound is to check the status of the child and of the uterus before birth, to estimate the size and weight of the baby.

The doctor looks at the position of the baby, the umbilical cord entanglement. Ultrasound allows to identify the pathology of late pregnancy, malformations of the baby.

Together with ultrasound in the third trimester are frequently prescribed for doplerometriya. With the help of special equipment an expectant mother can hear the beating heart of her child. The doctor this study helps to assess the blood flow in the vessels and the uterus, to detect hypoxia.

Many mothers are worried about the harm that may cause the ultrasound. If you visit the study for medical reasons, do not overdo it with their frequency, no harm to the child they will bring.
Is the advice useful?
See also
Присоединяйтесь к нам
New advices