In the process of preparing beds for planting of cultivated plants is recommended to carefully select the roots of the weeds. Despite this precaution, unnoticed or sprouted from seeds of the weed can impede the growth of flowers or vegetables, if not promptly make the weeding. 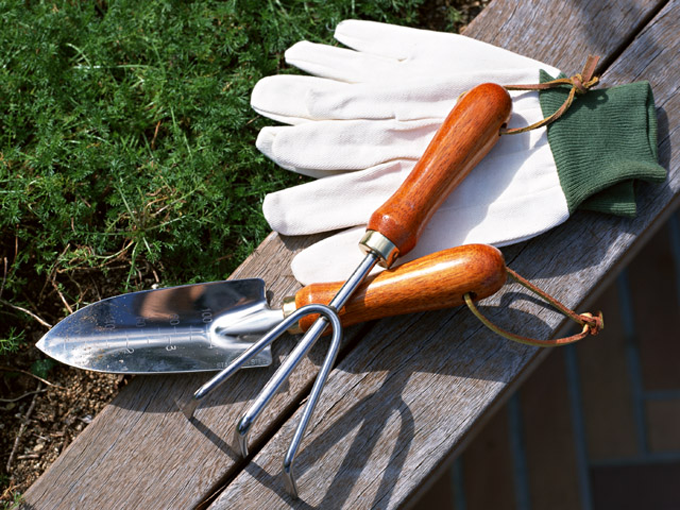 Related articles:
You will need
Instruction
1
Proceed to clear the weeds after rain or irrigation, when the moisture is absorbed into the soil and the soil will begin to crumble into lumps. This will facilitate the removal of weeds together with their root system. If you are going to weed thoroughly a running garden where cultivated plants due to lack of light I managed to stretch, start in the late afternoon. Per night period of high humidity and low temperature will allow the vegetables or greens to adapt to new conditions.
2
Before weeding slip into the hands of rubber or thick cotton gloves. Among the weeds can be plants with a cutting edge like the leaves of couch grass, prickly sow-Thistle or nettle. Dense material of gloves will protect the skin. If you work in the afternoon, put on your head a hat or summer hat with a wide brim, which will help to avoid overheating.
3
Start with removing weeds from the spaces between the rows. To get rid of the plants with a strong root system, plug into the soil around the weed by hand fork or a hoe with prongs, lift the plant and shake the soil from the roots. The removed weeds, put in a bucket. Chopped green mass can be used to make compost.
4
Among experienced gardeners, there are supporters of weeding with cultivators. The meaning of this treatment, the beds lies in the periodic suppression of weed growth and the use of cut green mass as a mulch material, and later as organic fertilizer. If you prefer this method of weeding, prune the weeds with the cultivator, buried its working part into the soil for two to three centimeters. Leave cut plants in the beds.
5
To avoid or reduce the risk of occurrence in the beds of weeds you can use materials such as shredded wood bark, sawdust, straw, or mulch film. When the spring preparation of the garden, remove soil from the roots of perennial weeds and cover the ground with mulch layer with a thickness of two to five centimeters. Film stretch and secure around the perimeter of the garden. Planting plants, spread a loose mulch. If you are using an opaque film, make holes in it for planting.
Is the advice useful?
See also
Подписывайтесь на наш канал