How to weed onions

Removal of weeds in plantings of onions is very important to combine with the loosening of the soil. The bulbs need air, which, through dense soil, penetrates poorly. The weeds suck the nutrients from the soil, not allowing the follicles to Mature. You can do weeding by hand and loosen the aisle with a hoe, and you can use special tools, such as ploskorez Fokine. 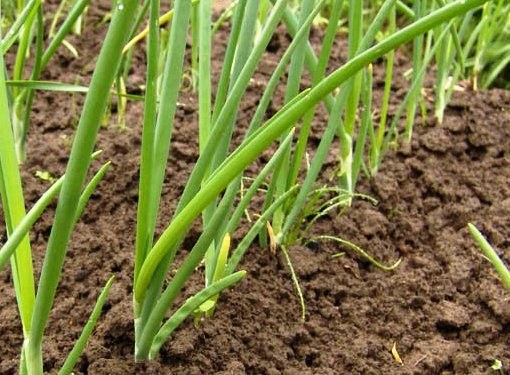 Related articles:
You will need
Instruction
1
Weeding weedy onions manually as follows. Before weeding always wait for rain or well water the garden with onions. Weeding on a dry bed is not necessary. First, all the roots of the weeds remain in a dry land. Second, if something will be able to root, it will be a clod of earth that will capture and damage the roots growing near the bow.
2
If the weeds are common, with erect stem (quinoa, chickweed), weeding is necessary to begin always with the beginning of the patch. Hand must be moving toward you right to the ground, as close as possible to the root, to pluck the weeds, if by the roots to pull them will not work.
3
If weeds are serious, such as bindweed or couch grass, will have to take a knife and scissors. Whip birch carefully cut with scissors into several pieces and remove the onion with the pen, trying not to damage the bow. Couch grass, the roots of which are very long and powerful, don't even try to pull the root. Cut with a knife to the ground. An all-out battle with the couch grass will have to spend after the harvest of onion will be harvested during the autumn digging the garden
4
To make it easier to weed and had to do it less often, onions are best planted in rows and aisles often loosen. In loose soil the weeds wither, and moisture for the growth of new in sufficient quantity is not supplied. For loosening, combined with weeding, you need to use special tools. It's hoes and hoes, and ploskorez Fokine.
5
Manual hoe combined with hoe (one side is hoe, and another flat hoe) short handle is convenient to cut weeds, at the same time raking them with a hoe and loosen the soil. But this tool is bad because due to the short handle you have to bend down low to the plants or to squat, and then my back aches, and whole body. 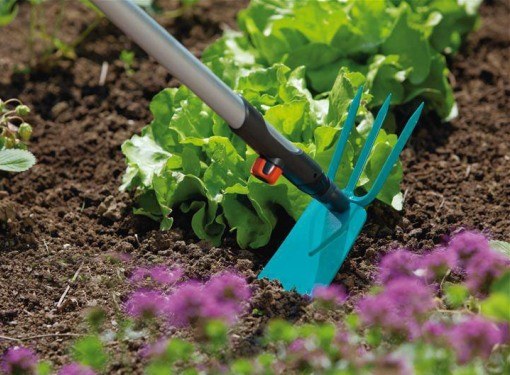 6
The next tool, which is sold in garden stores, reminiscent of tongs, which in the old days of the furnace, took out the cast iron. On drill a hole and insert a wire or fishing line. Sometimes it is sold without a cross bar. Sometimes with a flat sharp blade. The pen he long. It is particularly convenient to treat the weeds from the onion and garlic. 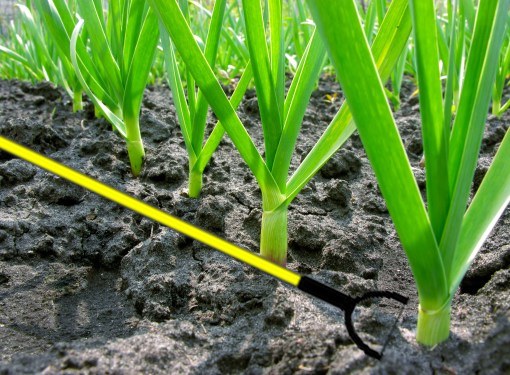 7
Working ploskorez Fokine on a long handle, it is necessary to use it properly. You need to stand straight without bending, slightly tilting the body forward. Ploskorez not keep as a shovel or a hoe, and scythe. Lightly cut the top layer of the soil between the rows 5 centimeters in depth. Simultaneous cutting and cleaning of weeds and hoeing. 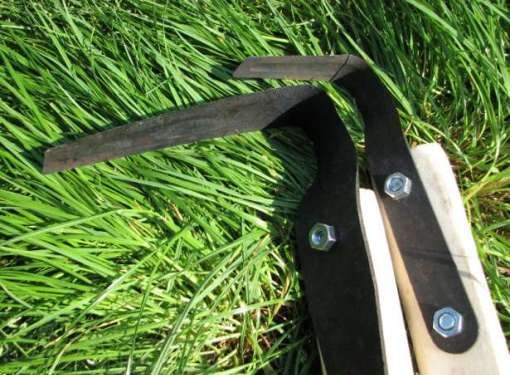 Useful advice
If you take cartons of eggs, to be done in each cell hole, to place them in bulbs and put in the loose soil, weeds onions are not terrible.
Is the advice useful?
See also
Подписывайтесь на наш канал