How to keep moisture in the soil

For proper growth and development, plants need moisture. Experienced growers believe that the retention of moisture in the soil is much more important additional watering. Basic methods of conserving moisture are loosening the soil and mulching. 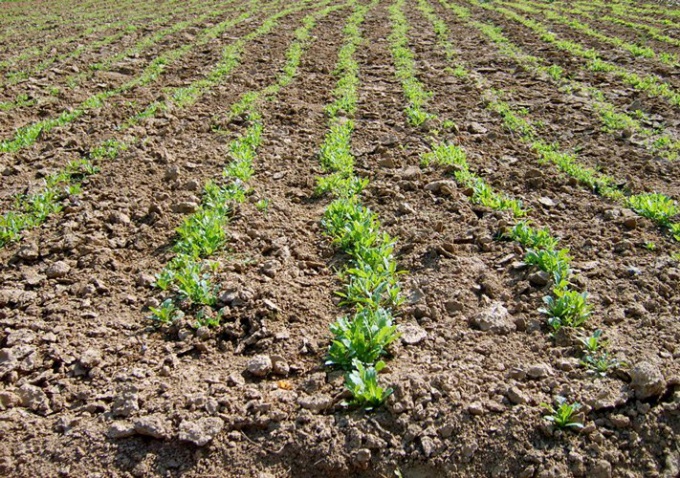 Related articles:
You will need
Instruction
1
One of the most famous ways to hold in soil moisture after rain or watering is loosening, which is sometimes called dry watering. Loosen the ground in order to break the crust formed by the drying of the soil, and capillaries through which moisture rises to the surface of the earth.
2
The soil under the trees in the orchard is recommended to loosen three or four times over the summer. The beds with the plants root system which is much shorter than the roots of fruit trees and shrubs, should be carefully loosened after each watering. Tillage can be combined with weed removal.
3
To reduce the evaporation of moisture is possible, covering the ground of non-woven material or mulch. Of course, you can hold the moisture, cover the ground with plastic wrap, but this method is used mainly for germinating seeds. The film does not pass not only water but also air.
4
If you use film for moisture retention in the soil, from time to time remove it to ventilate planting and water the plants. In hot weather the temperature of the air and soil under such covering materials increases sharply, which affects the green areas are not the most favorable way.
5
Nonwoven mulch materials, unlike plastic film, well pass the air, holding at this moisture in the ground. Spread non-woven material on the bed and secure the edges.
6
Make cross-cuts in places where you want to plant the plants. If the garden is cultivated annual crop, remove the covering material from the ground after harvest. In beds with perennials such material will last for about five years.
7
For moisture retention in the soil is often applied mulching with loose materials. After the spring dries the soil surface, podrujit the ground and sprinkle it with mulching material. The layer of mulch should be six to ten inches thick. On tree trunks of trees and shrubs in this layer can be left until the autumn and then dig with the ground. A layer of mulch, used in planting strawberries after harvest should be removed from the beds.
8
As a loose mulch, you can use peat, sawdust, pine needles, wood chips, tree bark, shells of cedar nuts and coconut substrate.
Is the advice useful?
Присоединяйтесь к нам
New advices