Dizziness is the sensation of movement of yourself or things that are around. Almost every person at least once in their life experienced this condition. For example, the head can spin on the plane, after riding the rides, a celebratory feast, and even with delight. But if dizziness occurs intermittently for no apparent reason, you should try to determine the cause of this disease. 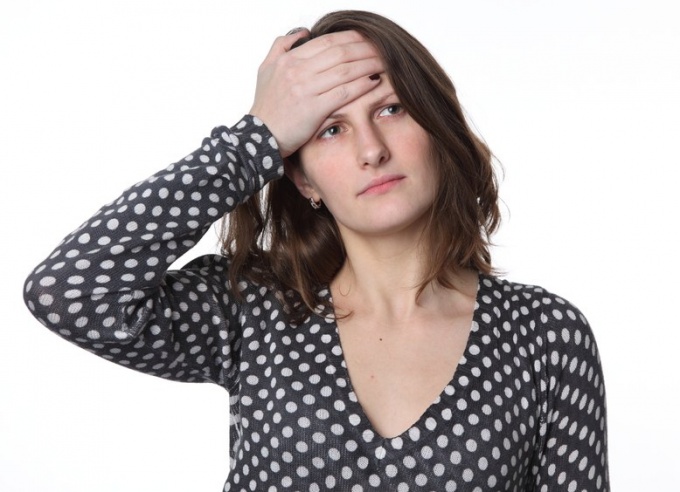 Causes of vertigo there are quite a lot. For example, if it occurs when you try to turn around or stand up, and then gradually subsides, it may be one of the symptoms of vegetative-vascular dystonia.


One of the common causes that trigger this disorder is hydrops - hydrops of the inner ear. If the present dizziness hearing loss, ringing and noise in ears, cold, this may indicate otitis media - an inflammatory disease of the ear.


Dizziness, tinnitus, deafness symptoms that accompany migraines. People who suffer from migraines much more frequently than others, dizzy (headaches). This ailment is also called "migraine without headache".


In brain tumors, severe dizziness is accompanied by increasing headaches. In stroke, in addition to dizziness, there are a number of other symptoms: weakness, slurring of speech, violation of the movements in the hands or feet, loss of consciousness.


The head can spin with sudden, sharp movements after sitting for a long time. This is due to the overexertion of the neck muscles. Similar feelings can watch people who have suffered trauma to the cervical spine.


Dizziness can occur when taking certain medications (for example, drugs of high blood pressure or antibiotics) or they overdose.


Should also mention this disorder like agoraphobia. Syndrome, the fear of open space can manifest a variety of fears, including fear of falling as a result of vertigo.


With occasional appearance of vertigo should consult a doctor, neurologist, and then to the audiologist. If the attack caught you unexpectedly, try to stay calm. Sit down, focus your gaze on some stationary object and don't close your eyes. For motion sickness in transport it is best to sit with your eyes closed. You should not put pillows under your head because this will only worsen the situation.


After the condition improves, you can drink a few SIPS of cold water. In any case, do not "cure" the dizziness of alcohol, because it acts on the nervous system depressing and may worsen your condition.


Frequent dizziness is not harmless: they can cause serious disease. In the case of developing acute dizziness, especially when there is weakness in the limbs or numbness, speech disturbance, severe pain in the chest or abdomen, you should call a doctor immediately.