How to decorate a gym for prom

On the question of decorating the hall in the kindergarten for the prom parents usually think long before that momentous first graders for future dates. As such, each person in life happens only once, so mom and dad carefully tried to look as beautiful as you can, and to their children was nice. 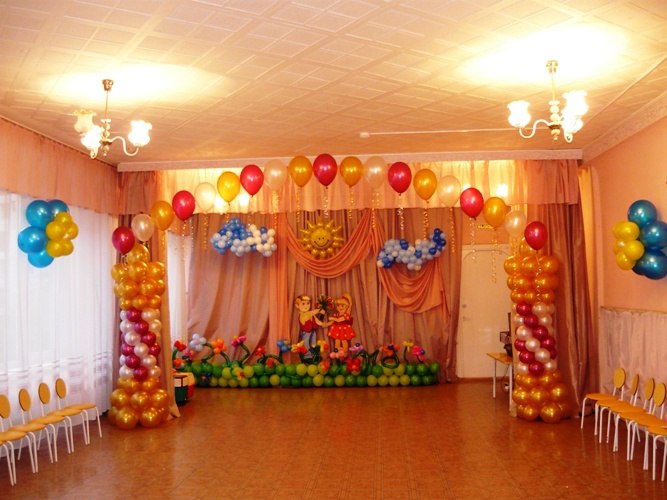 Related articles:
Instruction
1
The scheme of decoration of the hall for prom in kindergarten usually depends on the scenario. Although a good design of the room might give the organizers of the prom, the future first graders for the implementation of any original ideas or amendments in the script.
2
Looks very interesting room, decorated in the style of train, which sang Crocodile Gena in the song "Blue wagon" from the famous children's cartoon. And the phrase about "floating away into the distance minutes" is the best spirit fit for the former (five minutes) kindergartners. To the colorful wagons made from paper and pasted on the wall or painted on a giant poster from a sheet of paper, you can stick photos of the graduates themselves, as if looking out of the Windows. To complete the picture of the "school" trains can be hand written poems about kindergarten and the school or just a few sentences describing each child. Well heads of this train have to do educators, gluing their pictures to the head carriage of the locomotive. But if you have to place chairs with tables near the walls, as if children travel in a real train, it will be at all memorable.
3
And you may recall the famous and favorite of many parents, the expression "Children – flowers of life" on the walls of the groups to break real garden. Let the walls will show off the flowers depicted in any convenient way for you. And in the center of each Bud you can paste pictures of the kids. Don't forget about caregivers, who plays the gardeners with watering cans. To place will and pots of sturdy cardboard, is beautifully painted and studded with paper flowers in the style of origami.
4
The kids love adventure. With this in mind, you can arrange a room for prom in the best traditions of the pirate, "spilling" on the walls Krugerrands, fancy trees, in the shade where the pirates are hiding. And the treasure will be the "graduate Diploma" that can be placed in a chest furnished in the form of a pocket on the wall (and for each party the "pirate prom") or an independent cardboard box. And let the children as if sailing on their ships to this island in search of his treasure. Just draw a ship and post it pictures of graduates, looking at the island through a spyglass. The ship's boys to let them be the teachers. And at the helm stand the head of the captain's hat.
5
And don't forget the balloons. They come to the places on each outlet, no matter what style you have decorated the hall. And of course draw and place in the room a few posters with slogans such as "goodbye, kindergarten," "kindergarten Graduates" or "Congratulations future first-graders".
Is the advice useful?
See also
Подписывайтесь на наш канал