How to organize a wedding

Many Orthodox do the wedding ceremony. For spiritual unity, you need the blessing of the Holy father, which pre-agree on holding the ceremony in the temple. To prepare in advance. 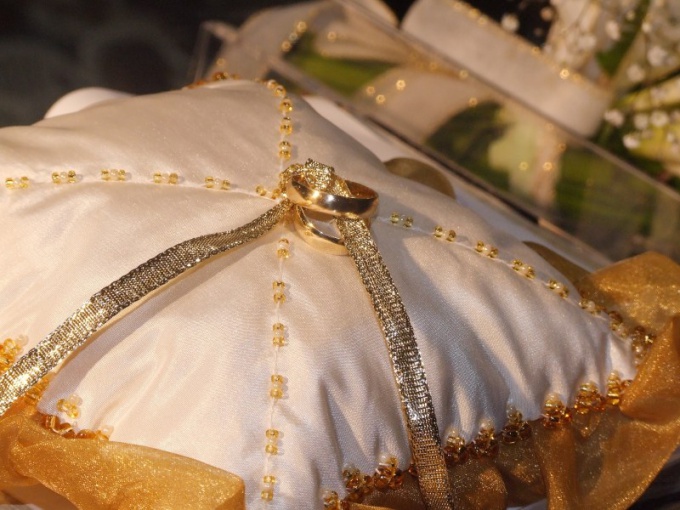 Related articles:
You will need
Instruction
1
Get ready for the wedding with the help of fasting, prayer, communion and repentance. On the day of the ceremony can not eat, drink, smoke or have sexual relations. Prohibitions due to the rite of the sacrament prior to the ceremony. This prevents the priest, when discussing the upcoming holiday.
2
Agree with the priest in the temple at a specific time of the wedding. It is best in the morning. This should be done not less than three days prior to the event. Show the priest the marriage certificate. If you are planning a ceremony on a wedding day, show the document before the Sacrament. Do not conduct the ritual in the even days of the week, during lent, in the Church holidays (Christmas, Christmas, lent, etc.)
3
Prepare two icons of the Savior and mother of God. Purchase two wedding candles, sell it all in the temple. After the wedding you don't keep them a lifetime. Candles should burn throughout the following Ordinances, so they must be quite large.
4
Buy a white towel or boards, towel. On him during the wedding ceremony rise young. Boards after the ordinances of the temple remains in.
5
It is not necessary to buy special clothes for the wedding, it is important that it was clean, neat and modest. Wedding outfits - just a tradition. In the Church there are no strict guidelines.
6
You can not complete the wedding, if you are an atheist, have a close relationship with the wife (husband), someone of the Bridal couple is not baptized, is officially married to another person previously given a monastic vow or took ordination. You can not marry if between the spouses the big age difference, if the last marriage - fourth or more in a row.
7
Install obstacle, if any, for this we turn to the Archbishop, with his consent, you will be allowed to conduct the Sacrament. It refers to the marriage between godfather and godson, age marriages, where one spouse is much older than the other, and the marriage of Orthodox and Catholics or Protestants.
8
To prevent unbaptized spouses to the wedding only after baptism. If the previous marriage was sanctified by the Orthodox Church before re wedding you must obtain permission for divorce and new marriage from the Archbishop. However, he cannot conduct an inquiry about the motives of separation from former spouse (-Oh).
9
Invite your family and friends. The priest who conducts the ceremony, can't be under the canonical prohibition (i.e. must be a member of the Orthodox Church, have a deep and abiding faith, impeccable morals, mental and emotional health. The lack of these qualities are canonical impediments to the priesthood, which is defined in the rules of the Holy Councils). In addition, the canonical impediments are as follows: previously committed criminal offences, mortal sins (fornication, adultery, greed, etc.), marriage with a divorced woman vows. On request, organize photos and video. Book a restaurant or banquets at home. To celebrate the wedding is not prohibited.
Useful advice
For the wedding must pay to the cashier of the Church, size dependent on the state of the parish and the status of the Church.
Is the advice useful?
See also
Подписывайтесь на наш канал