How to dress the deceased

After the death of the person to be able to say goodbye to him, to complete his earthly journey a burial ceremony, must observe all the traditions followed by the people for centuries. One of the highlights is the robe for the deceased, appropriate to his faith, customs and their own dying wishes of the deceased person. 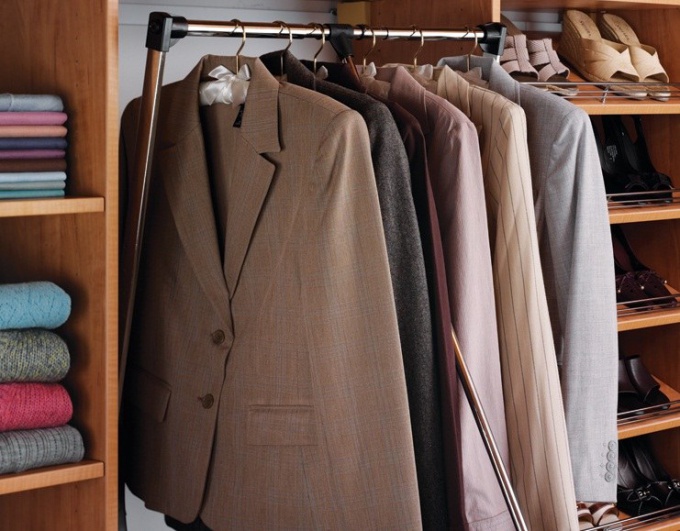 Related articles:
Instruction
1
Previously, it was customary to dress the deceased in white. And clothes for the death of a person had to prepare myself in advance: I sewed it only on the hands with a needle forward, without nodules, - the deceased was not allowed to tie. The man's head was covered in a shroud – thin scarf with a pointed top and sinking to the back panel, the woman was meant for the bright shawl. Today in the Orthodox tradition, the deceased decided to wear all new, clean. Things must be great in size, not to be big and baggy or tightly compress. If the welfare of the family is insufficient to buy a new set of clothes, allowed to dress the deceased in clean.
2
If people in life have prepared a suit or dress for burial, his desire to be done. But first you should make sure that the clothes are clean, neat and suitable to the deceased in size. To bury the deceased taken in clothing that matches the season and the weather. Prepare the shoes with the heel, soft and presentable.
3
Military people are usually clothed in parade uniform. The veterans are often punished the families to the funeral clad in all orders, because personal military awards still none of the relatives is not necessary and many years later, and can and does get lost. Do not break the will of the deceased, has earned these awards.
4
The forehead of the deceased Christian cover with a whisk, a symbol of the crown of the Kingdom of Heaven. The Corolla traditionally portrayed the Savior, the mother of God and John the Baptist. The crown should be written in words Trovati songs. The Corolla is sold in the Church shop. The mouth of the deceased should be tightly closed, hands are placed on his chest crosswise, as if in prayer - right over left is a sign of the Crucified Christ. In hands icon of the Saviour, or a crucifix. Immediately before burial, the icon should be removed – it is impossible to bury.
5
A clothed body on the belt cover with a white sheet or a funeral shroud, which depicts the Crucifixion – a symbol of the deceased under cover of Christ. Put his head under a flat pad of cotton wool or dry grass (a pillowcase filled with consecrated in the temple on palm Sunday or the day of the Holy Trinity of dried twigs of willows, leaves of the birch trees).
6
According to Sharia, to bury the deceased in clothes is forbidden. In the Muslim religion of the deceased, it is customary to envelop in a shroud (Kafan). It needs to be made of calico or white linen. Kafan traditionally consists of three parts: liffy, izora and the Kamis. The first is the fabric that will cover the corpse completely, from head to foot, so that the shroud is easy tied on both sides. By izora (piece of cloth) wrapped the lower part of the body, and the Kamis is a shirt cut for the head. For women provided Hemor - handkerchief for the head and hair of size 2 m by 60 cm For the burial of the dead babies used one Lifafa. Fabric for Muslim shroud should match the material prosperity of the deceased. The body of a man is forbidden to cover with silk.
Note
Today to observe the Christian or Muslim ritual ablutions and the clothing of the deceased if the body was not transferred to the morgue. Or relatives of the deceased will have to exert maximum effort to succeed in a short time to prepare the deceased duly following the formal procedures. According to the Russian legislation, without the transfer of the bodies to the morgue to get the death certificate it is impossible. However, in the morgue for an additional fee, can produce the ritual washing and clothing of the deceased. For this pass in advance to the employee all prepared apparel.
Useful advice
You can't put in the coffin of objects: books, money, jewelry, products, photos. These superstitious customs - the remnants of paganism. To the deceased may be wearing a crucifix and if you want a wedding ring if he was married.
Is the advice useful?
See also
Присоединяйтесь к нам
New advices