How to behave if they scream at you

Conflict situations are almost inevitable in communication. If some of them can be solved peacefully, the others degenerated into a quarrel, accompanied by violent emotions and cry. To calm the interlocutor, raised my voice at you need to learn to control myself. 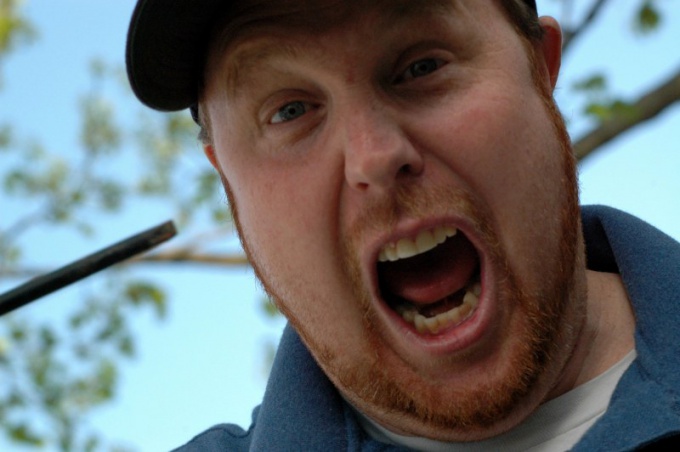 Related articles:
Instruction
1
Do not succumb to provocations. The first desire that one experiences in an argument is to scream in response. Thus you would show your strength, not allowing you to yell at yourself. However, it is not so. Consider such behavior as a loss companion. He wanted you out of yourself and you did it.
2
Calm down and concentrate on the problem. A few minutes after the quarrel take to determine why you cry. Keep a cool head. Speak clearly, do not swallow words and do not show your excitement, if any.
3
Take a position in which you will be on the same level with someone. Have you noticed that yelling at a seated person when you stand, much easier? Here, the psychological features of perception. So if your opponent is too stand up.
4
If after 5-7 minutes the person is not calming down, and his aggression is gaining momentum, also improve voice. Thus give yourself the report that you are doing it solely in order to reassure the interviewee. Start talking very loudly and gradually reduce the volume and rate of speech, changing to the normal communication. After some time and your friend will stop screaming.
5
If this technique does not work, as it reduces the volume of your speech, use soothing gesture. Raise your hand back of your hand down so that she was on the level of your eyes, and slowly lower her down to the waist. Such a gesture can be repeated 2-3 times, as long as the opponent saw it.
6
Tell your recipient that you are ready to talk to him in a raised voice. Tell him that you carry the conversation until then, until he calms down. If this is not possible, be confident, do not show your excitement and do not go to the Creek like the source.
Is the advice useful?
See also
Подписывайтесь на наш канал