How not to succumb to provocations

Not always the case that the own family is the one safe haven where you can escape from life's storms. If one spouse skillfully manipulates others, the second one just needs to learn not to succumb to provocations. Most often, the manipulator behaves, feeling guilty, so he needs to cause a scandal, which will both to blame rather than admit their mistake. 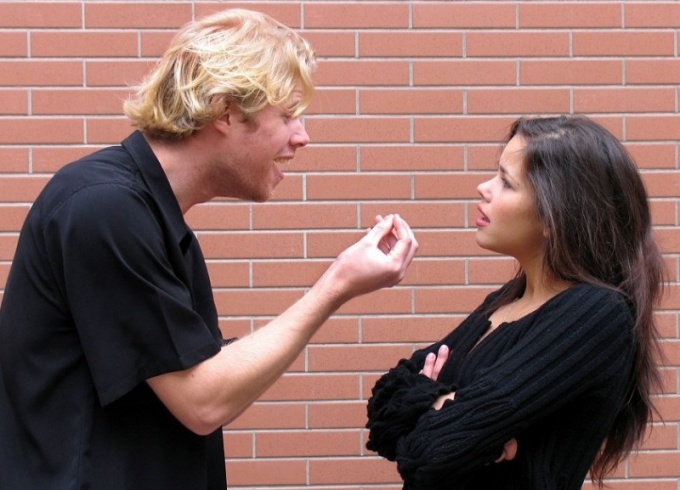 Related articles:
Instruction
1
One of the most popular methods of manipulator – a provocation. Using it, it tends to cause an inadequate reaction, which will allow him to take a more advantageous position. Be patient and steadfast calm. In response to the provocation will ask to specify a situation and to give examples of what you are accused. To clarify, when was it and what happened. A detailed analysis will reduce the degree of intensity.
2
Many manipulators like to act on the principle of "fool" or "Look at me". These phrases are used when necessary to discourage the person and to switch it on himself, in search of his guilt. This leads to the fact that you go from the main, original topic of conversation and begin to remember when it was, to justify and explain their actions. Try not to deviate from the topic, firmly tell your weaknesses you will discuss later, and now you want an explanation on this issue.
3
A strong signal manipulators is a counter accusation, which is clearly unfair and even absurd. Surprise you immediately start to figure out why your friend took it, and when is it. – Now the conversation is entirely devoted to figuring out what is wrong, and you still have to make excuses. As in the previous case, control yourself and as soon as you hear this phrase switch, skip it by ear or promise to discuss this case later. Rest assured that after talking this topic already will not rise.
4
Sometimes the cause of provocation to become aggression, which is simply not one to throw out. If your spouse came home in that condition, do not succumb to provocation – in the scandal are no winners. Use a well-known technique of "psychological Aikido". Return the last accusatory sentence, agreeing with her. It may even be unfair, then you can demand an apology, but at this point, your task is to avoid family conflict.
Is the advice useful?
Подписывайтесь на наш канал