How to determine the charge of a complex ion

There is a whole class of complex chemical substances of complex compounds. They include: the Central atom is the complexing agent, the internal and external sphere. The inner sphere may consist of ions and molecules, as well as from a combination of ions and molecules. The external field can be as a positively charged cation and negatively charged anion. The complexing agent together with the inner sphere form the so-called a complex ion. 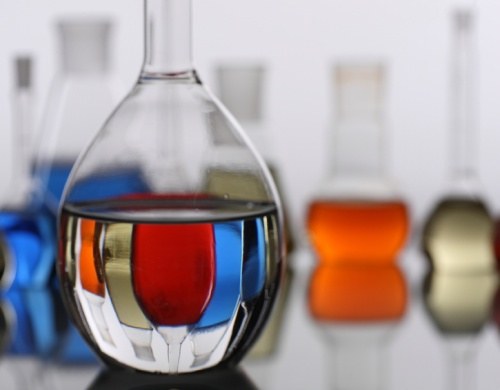 Related articles:
Instruction
1
First write the exact formula of complex compounds. For example, yellow blood salt – hexacyanoferrate potassium. Her formula: K4[Fe(CN)6].
2
Determine the composition of complex ion. In this case, the ion [Fe(CN)6], the magnitude and sign of the charge which you have to define. And four ion potassium comprise the outer sphere of this compound.
3
Now you will help one of the basic rules of chemistry, which States: any molecule is electrically neutral. That is, in this specific case, the total charge on the molecule of potassium hexacyanoferrate is also zero. And it can be only when the charge of a complex ion [Fe(CN)6] the total charge is balanced by four potassium ions in the outer sphere. That is, the charge of a complex ion is the same in dimension, but with opposite sign.
4
Look in the periodic table. Potassium is one of the most active metals, it is second only to his fellow first main group of table – rubidium, cesium and France. Therefore, in comparison with other elements comprising this compound, the iron (Fe), carbon (C) and nitrogen (N), potassium certainly the most electropositive. That is, it will not attract the shared electron density of the molecule, and to push her away. This is understandable, because potassium in the outer electron level is only one electron, and it is much easier to give it back (to the previous level at which eight electrons to become stable), rather than to draw another seven.
5
Thus, each atom of potassium, forming a chemical bond in the molecule, gave up one electron and become, respectively, the ion with positive charge +1. Four such ions, therefore, the total charge of the outer sphere is +4. And so the molecule is neutral, it needs to balance the -4 charge. Here is the answer to the question.
Is the advice useful?
See also
Присоединяйтесь к нам
New advices