How to determine the number of ions

Ion is an electrically charged particle. It is formed when an atom or molecule attracts additional electrons or gives his. Positively charged ions are called cations, and negatively charged – anions. Particles are formed in solution during a process called electrolytic dissociation. But this can happen when exposed to high temperature, electric current, etc. In the dissociation of even a tiny amount of a substance, there is a number of ions. 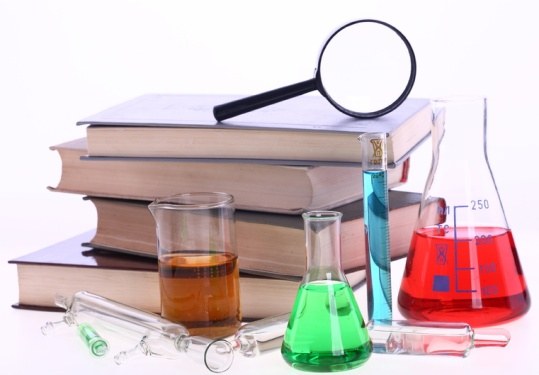 Related articles:
Instruction
1
The following task: there are 40 grams of salt. It is soluble in water. How many ions thus formed, assuming that all the atoms of table salt was subjected to dissociation?
2
Write a formula for this substance: NaCl. Calculate its molecular mass, adding the atomic weights of sodium and chlorine: 23 + 35,5 = 58,5.e.m. (atomic mass units). Since the molar mass of any substance is numerically equal to its molecular weight, only expressed in the other dimension (g/mol), 1 mol of table salt (sodium chloride) will weigh approximately 58,5 g
3
Calculate how many moles of sodium chloride contains 40 g. Perform the division: 40/58,5 = 0,6838 , or 0.68 mole.
4
A universal numberm of NaCl, which is equal to 6,022*10^23. Is the number of elementary particles – molecules, atoms, or ionscontained in one mole of any substance. In your case to dissociation of sodium chloride consisted of molecules. Therefore, 1 mole of this substance contains approximately 6,022*10^23 of molecules. But you have to 0.68 mole. Perform a multiplication: 0,68*6,022*10^23 = 4,095*10^23. So many molecules are contained in 40 g of sodium chloride.
5
During the dissociation of each molecule of salt forms two ions: a positively charged sodium ion and a negatively charged chlorine ion. Therefore, multiply the result by 2: 2*4,095*10^23 = 8,19*10^23. That many ions formed during the dissociation of 40 g of salt. The problem is solved.
Useful advice
The same algorithm can determine the number of ions of any substance, taking into account the following conditions:
- the substance must be soluble;
- consider indexes of cations and anions. For example, when counting the number of ions of potassium sulphate – К2ЅО4, remember that each molecule forms three ion.
Is the advice useful?
See also
Подписывайтесь на наш канал