Where to look when they lie

In recognition of the liar should not focus only on the eyes. It is important to remember one thing, when a person behaves honestly, even under stress, his behavior, speech and attitudes are linked together. 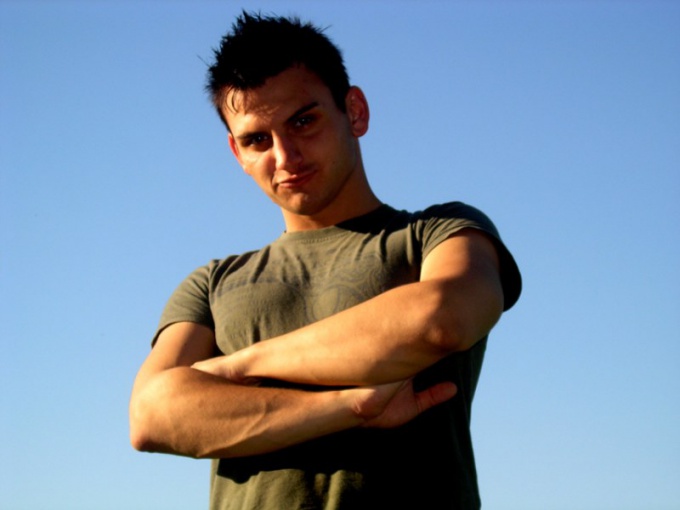 Related articles:
Diversion of eyes is a natural defense. In ancient times a direct gaze meant challenging. Meeting with wild animals, people looked the other way, if recognized their strength and were unwilling to join in the conflict, so as to protect themselves from attack. Likewise, animals behave, showed a superiority, before you vanish out of sight. Therefore, a person answering a question of the interlocutor, unconsciously averting his eyes, not because he's lying, but because he is unwilling or unable to expose themselves to danger, whether it be words or actions. There are people who tell lies are very rare. As a rule, they then are very experienced, often give themselves, and usually repent. Deceiving, they either look to the side, or drop your gaze. At the same time very nervous and almost unable to control their gestures and facial expressions. Fussy tapping, twitching legs or hands, shifting things from place to place – all sure signs of lying. They often have shifty eyes, the eyes are focused on one thing. When a person experiences anxiety, he may rapidly blinking, he can sweat palms, blushing cheeks, etc. However, it is worth considering that frequent blinking and also accompanies the thinking process, and the excitement can be caused by the topic of conversation.Pay attention to where the eyes of the interlocutor. If he looks up and to the left, is his appeal to memory, and if up and to the right, maybe he comes up with a visual image. When the gaze is directed downward, we can conclude that your interlocutor appeals to their emotions. It may become a weapon in the hands of the deceiver. Liars can be the intentional blocking of age when answering the question. Lashes remain lowered for a few seconds longer than usual. False, they can also frequently touch your eyes, experiencing internal discomfort and nervousness.But there are some people about whom they say that lying is second nature to them. They carefully build a line of conduct, I try any gestures or facial expressions not to give her true self. It is very difficult to follow the opinion of such a person. Sometimes he looks directly in the eyes, knowing that the only way he can emphasize his "sincerity" and "honesty". But sometimes, concentrating on a false presentation of the situation, it can not sufficiently control the eyes and facial expressions. Then, trying to persuade someone is a liar all his efforts invested in the power of the eye. They look unnaturally bulging, and her lips involuntarily at the same time begin to shrink, especially in the pauses between words. Often raising his gaze he gives to others to realize that the sky is the witness of his "honesty".
Is the advice useful?
Подписывайтесь на наш канал