How to glue film auto

In its technology wrapping car film can be "dry" and "wet". The first method is more suited to professionals. Those who engaged in it first, better to use a "wet" method. In its application to the vehicle is applied to the emulsion prepared from water and some detergent – for easy installation of the film. 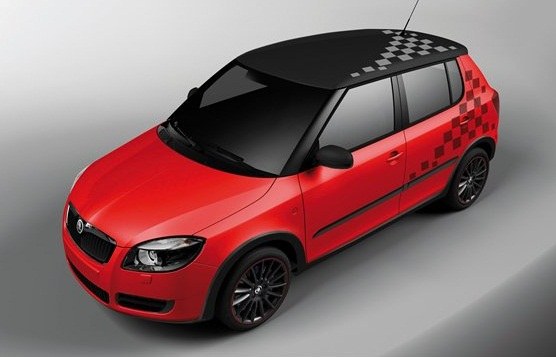 Related articles:
You will need
Instruction
1
Thoroughly wash the car. Clean the surface from any contamination. From the surface cleanliness depends on the quality of gluing, the body must be absolutely clean. If it has traces of oil or grease, clean them with a weak solution of some degreasers (mineral spirits, etc.).
2
Try film together with the substrate and mounting tape to the area you want to Wallpaper. The film can be stick on the whole car at once, but easier to glue the individual pieces on the doors, hood, trunk, etc. Carefully cut the film around the perimeter of the area with a utility knife, passing the knife into the gap between sections – for example, between the door and the body. If the zones are not separated by a junction, use as labels, delimits the zone, masking tape, pasting it to the body.
3
Put the cut piece of film on a flat clean surface face down and carefully remove the backing paper. Ensure that the folds of the film are not glued together. One perform this job difficult, you need to have an assistant.
4
Spray the sprayer with water-soap emulsion to be pasted on the area of the car. In this case the entire surface, with no gaps. It is better to apply the surplus of the solution than to leave any space dry. Emulsion need for protection from premature adhesion of the film to the car for its styling.
5
Put tape on the area so that it got to its exact position. When fitting nudge her in the right directions, water-soap emulsion will allow you to do this easily.
6
Start the paper priglazhivaniem film using a rubber spatula, starting from the center and moving to the edges. Thus heated film dryer – be very careful not to melt it. Occurring irregularities (handles, moldings, etc.) skip, not confining them to the end. Their turn will come later.
7
First, roll the Central area, leaving edges are not firmed. If in places of transition of planes formed in the folds, peel the film from the body and heat it, the crease should disappear. After smoothing the Central zone of the roll places the irregularities that were skipped during the original stickers. Actively use the dryer for heating and stretching of the film in difficult places.
8
After all the film will be pasted, take a felt squeegee and push with it the air bubbles and soapy foam from the center to the edges. If there are bubbles that are impossible to kick out, heat them with a Hairdryer and pierce. The small bubbles disappear on their own after 1-2 weeks.
9
After completion of the work with the Central area, roll the edges of the film, cutting off the excess. Covered with wipe the spot with a dry rag and leave the car for a day for the "seizure" of the film. Do not wash it for one week.
Note
During gluing the temperature should not be below +20°C. the Room must be clean – without dust, insects, poplar fluff, etc.

Do not wet the backing paper of the film, it will complicate its removal.

Avoid overheating of the film with a Hairdryer to prevent it from melting.
Is the advice useful?
Присоединяйтесь к нам
New advices