How to glue the film Karbon

As spectacular look at the car carbon fibre components: hood, bumper, spoiler, roof. But to put this gimmick on a car is quite expensive. Fortunately, carbon can be replaced with cheaper alternatives. This is analogous to the film of carbon. It simulates the surfaces of the carbon parts. 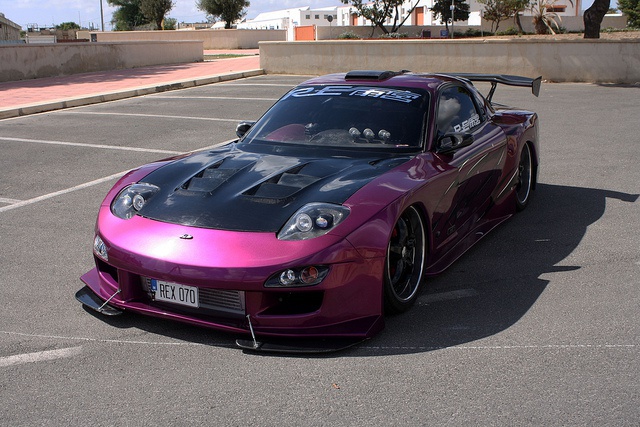 Related articles:
You will need
Instruction
1
This film is sufficiently thick and simulates the carbon coating is very good. Distance to determine whether the detail of the carbon fiber or film, is almost impossible. Such a thick film has an obvious advantage – it is easily glued. But there are negative – this film is not only on a flat surface. Therefore, when its use is particularly important as compliance with all regulations.
2
First, the car surface clean with isopropyl alcohol or special funds specifically for this purpose. If the surface is curved, we are primed by the primer. It is a liquid that amplifies many times the adhesion of the film relative to the surface. Apply primer and glue film.
3
Complex carbon fiber applique is applied to the body immediately after the preliminary warming up her large pieces. Then the tape will stretch better. Heating small areas can lead to peeling of the film due to concentration of internal stress in the film.
4
In areas of free edges, overlaps and seams using sealant. It will protect the edges of the film stress from the wind and effect of water. In addition, the film will not bully and will be more firmly hold at the surface.
5
One more stage, simple, but very important – final heating of the film. Once attached, you need to warm up all the critical region of carbon application. So we will remove the residual voltage and activate the glue. Warming the film with a special dryer, so the most it will put the temperature, the longer our carbon "imitation" will last.
Note
If for any reason there will be several bubbles, to get rid of them, you can heat with a Hairdryer, a puncture needle and pressed to the car. Small bubbles will disappear ProShow for a couple of weeks.
Is the advice useful?
See also
Подписывайтесь на наш канал