How to cover with film

If you want to transform your car to make it unique and not similar to the "grey" most other machines don't have to spend huge amounts of money, without the help of Studio tuning. You can restrict the styling to fit the entire body of a car or its separate parts with vinyl tape. This operation no special skills are requires, and the equipment to do this, no special are required. The most common are matte black and imitating carbon film. 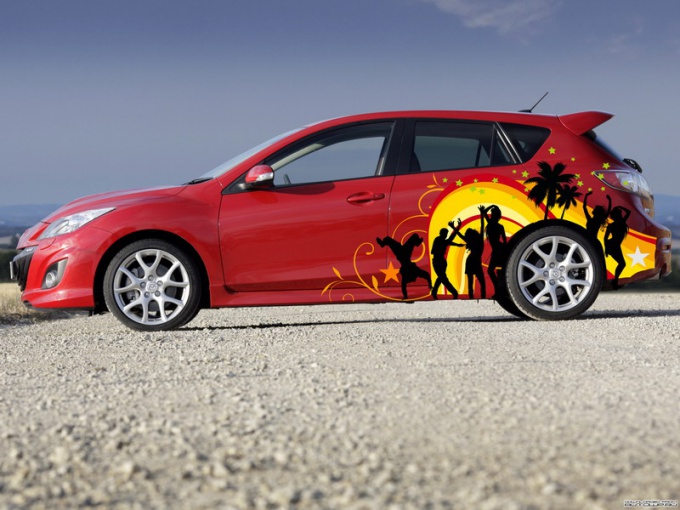 Related articles:
Instruction
1
The cording body self-adhesive vinyl film is an inexpensive alternative to the full procedure of painting the car and cheaper in three times. The wrap vinyl has its undoubted advantages:
Protects the paintwork from chips and scratches;

Can quickly be removed and replaced with a new one;

Gives the car a great appearance from a few metres it can be easily confused with paint coating;

Some coatings can be polished to a Shine.
2
Process technology covering self-adhesive vinyl film is not is very complex and in many ways resembles the process of wallpapering. The only caveat with the film must be handled carefully. From the first time beginners seldom manage to stick the tape smoothly and efficiently. So you should buy film stock. Also you need to prepare before you start covering the surface of the car: the car washed, to remove dirt, rust and oil stains.
3
Remember also that the film will do major defects of the car body (like chips) are apparent. Therefore, fill all the bumps in front of the cording. You can also further process the prepared surface with abrasive paste. Then stretch the film over the surface of the hood and roof so that wrinkles and air bubbles. After that machine covered the surface of the machine to heat treatment with a special Hairdryer.
4
Poor quality of pasted film to drag, but it requires a special tool (a set of different sized blades) and under force, perhaps, only to professionals.
5
Car after gluing the film must be at least one day to keep indoors. The wash machine should be no earlier than 10-15 days and only manually.
Is the advice useful?
Подписывайтесь на наш канал