How to check at passport control 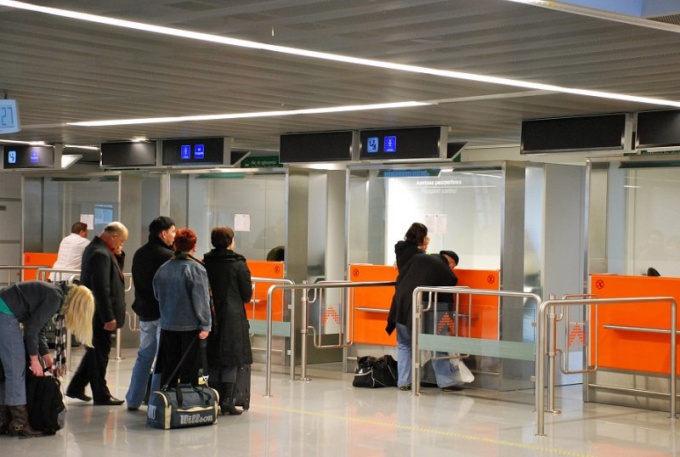 What documents you may need

Passport control is held by foreign passport. If you are employed by the state, may require the submission of various other licences: seaman's passport, diplomatic passport and other documents. For those who cross the border with children, you must bring birth certificate or passport for each child. Children also need permission to leave from parents. According to the requirements of some countries, this document is required even if the family travels in full force.

Passport control is carried out by immigration police and security services. During the inspection the officer first looks out, genuine if your passport and then finds out the identity and checks its databases. The security officers can ask additional questions, which differ from those set abroad.

Passport control in Russia finds out your identity, checks the photo on the passport with the appearance, but also do not know the circumstances that prevent you from going abroad. These may include a ban on travel on duty, various provisions of the tax effect-payment of alimony and others. Also very carefully checked the seals on crossing the Russian border for the previous trip. Employees of security services of Russia usually don't care about the availability of visas and how you cross the borders of other States, but if you have something wrong with Russian stamps, it will cause issues.

Employees of the security services of other countries, therefore, are not interested in your Affairs with the Russian government. They only care about how correct you are in relation to their country or community. For example, if you enter the Schengen zone, that officer may count the days of your stay in Europe, and if they are more than you are allowed to refuse you entry. Will also be checked, not whether you outstanding commitments of the violations on the territories of other countries in previous visits. If you violate traffic rules, but not paid receipt, it may be grounds to deny entry.

If for entry to the country requires a migration card, then it is filled before passport control on entry to this country. Usually the forms of migration cards are freely available in the same room where the kiosks are located check. Often people fill migrazioni, while standing in line, often handing out cards to planes, trains and buses shortly before arrival.

Foreign passport control also checks your visa. You may be asked to show return tickets, booking of hotels, the grounds for stay in the country and ask other questions, clarifying the purpose of your visit. In case of suspicion, the passport control officer may escort you to a private office, where he will hold a conversation with you on the basis of which decides whether to admit you into the country. If this happens, don't be nervous, answer the questions calmly and honestly. If your documents are in order, then no reason not to supply you the entry stamp at the employee usually is not.

Keep in mind that the procedure of passport control is sometimes delayed because of the queues. At some major airports at peak times it may take 4-5 hours. It's rare, but to lay an additional one to two hours to the passage control must.
Is the advice useful?
See also
Присоединяйтесь к нам
New advices