How to tie a burka

The burqa is one of the types of traditional Muslim clothing for women. It is prevalent in Central Asia, for example, in Tajikistan and in Afghanistan. But often this word implies and other types of clothes for women, appropriate Muslim traditions. Therefore, to understand the rules of wearing the veil need to know the General requirements for clothing in Islam. 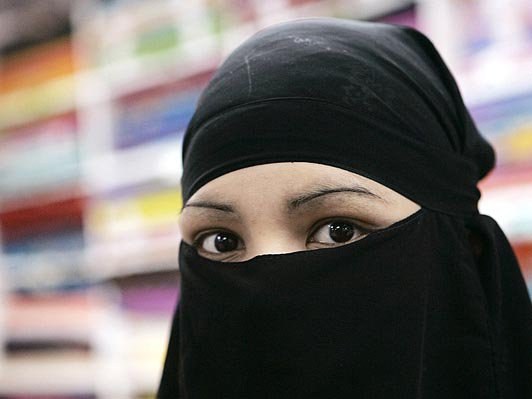 Related articles:
You will need
Instruction
1
Select the appropriate style. Classic the burqa is a robe, tailored in such a way that it covers the whole body from head head to toe. The person is also closed, and to ensure the review at eye level made the cut, closed with a special mesh. But there are other forms of clothing acceptable for Muslim women. These include, for example, the Abaya - a robe too, but starting from the shoulders. It is common in the Gulf countries. Importantly, Muslim women concealed Aurat - parts of the body, forbidden to outsiders. These include everything except the face and hands. However, some Muslim scholars are of the opinion on the desirability of covering and face.
2
Correctly put on a Muslim outfit. It should be the right size - neither the burqa or the Abaya should not encircle the body. Because the burqa is outerwear for the streets, it is possible to put on virtually any clothes in which is allowed to go home. But it is desirable that underneath was a long skirt or pants, not to get into an awkward situation due to a gust of wind.
3
If you wear clothes, not covering the hair, such as abayas or simply loose dress with long sleeves learn how to tie a Muslim headscarf. It needs to hide all the hair and the forehead and neck. Undesirable and make different hair to simulate hair under a scarf, is questioned by some Islamic religious leaders. Under hijab , you can wear a special hat to ensure that the hair coming out from under the handkerchief.
4
Throw the handkerchief over the hat and wrap one end around the neck, securing it with pins. Correctly tied, the fabric is completely Drapes the shoulders, tightly framing the face. The opposite end of the hijab crossed with the first and secure with pins.
Is the advice useful?
See also
Подписывайтесь на наш канал